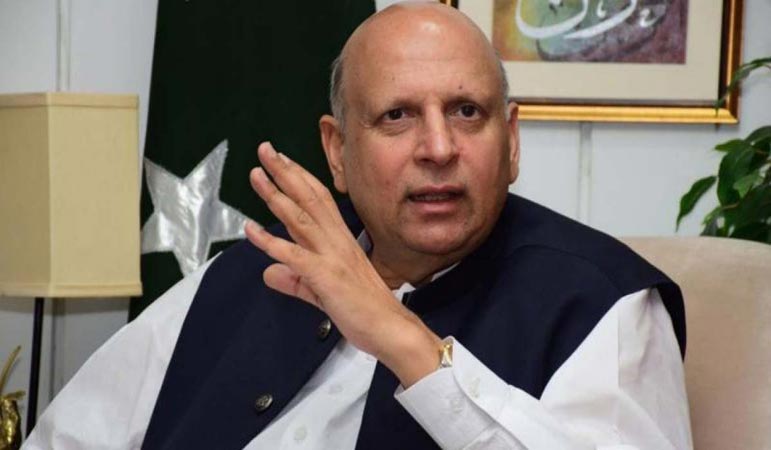 Governor Punjab Chaudhry Sarwar on Monday said that the long march by Pakistan Peoples Party (PPP) was destined to fail very much like the one undertaken by Jamiat Ulema-e-Islam – Fazal (JUI-F).

Speaking at the inauguration of different filtration plants and foundation-stone laying of a welfare hospital in Jalalpur Bhutan and Lala Musa, he said the government had not placed any hurdle in the way of the opposition’s long march or protest, not would it do in future. “It is the democratic right of the opposition to protest and take out a long march whenever and wherever they wish but they must understand the protest do not derail governments”, he said, asserting the government had adopted a ‘No Hindrance’ policy for a peaceful protest and all parties were free.

To a query, he said all ally parties stood by the government, adding that the masses had given the mandate to strengthen all departments including democracy. On Prime Minister Imran Khan’s visit to Russia, he said the Prime Minister’s visit to Russia was of great importance, adding that at this point, the world was dividing into two blocks but Pakistan would not become part of any block. He said country’s interests were the priority of the government.

“Sarwar foundation is also providing clean drinking water to 2.5 million people through filtration plants and I call upon philanthropists to step forward and serve humanity because history remembers such people who work for humanity”, Sarwar said.

Governor Punjab Chaudhry Mohammad Sarwar said the government was utilizing all resources for the welfare of masses, adding that Sehat Card and Ehsaas Programme had been launched to provide relief. He said for the first time in political history, the government was working for equal development across Pakistan.