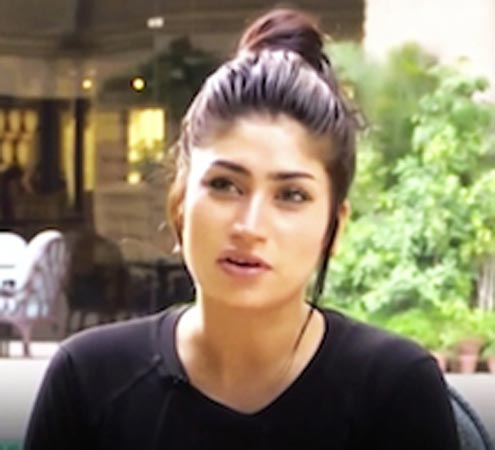 The petitioner pleaded the court to restore the trial court judgment dated September 27, 2019.

A model court in Multan had convicted Waseem brother of Qandeel Baloch in 2019 and sentenced him to life imprisonment after finding him guilty of killing his sister.

The accused was acquitted by the LHC earlier this month after serving less than six years in prison.

The petition stated that the LHC had acquitted Waseem on the basis of a compromise, after Waseem moved an application against his conviction in the LHC.

The petition contended that the LHC’s judgment allowed the perpetrators of honour killings to avoid punishment by seeking forgiveness and essentially endorsed such barbarism. Consequently, it argued, the eternal loophole which assumedly had been rectified by the Criminal Law Amendment (Offences in the Name or Pretext of Honour) Act, 2016, stood nullified in light of the impugned Judgment, thereby enabling regressive interpretation of the law.

“Furthermore, due to acceptance of the aforementioned compromise, no one is in a position to pursue the case on behalf of the deceased and come forth to contest the injudicious acquittal of the accused which disrespects the equal application of the law and undermines the general public’s confidence, faith and trust in our criminal justice system,” the petition read.

The petition termed the LHC’s judgment sketchy, illegal, bad in the eyes of law and liable to be set aside.

The plea further contested that the principle of ‘fasad-fil-arz’ (mischief on earth) which is covered under Section 311 of the Pakistan Penal Code and under which Waseem was convicted was applicable to the case as it was a case of honour killing.

The petition stated that there was no requirement under law to record evidence to ascertain the question of ‘fasad fil arz’ after waiving or compounding the right of Qisas (retribution), in particular, when Section 311 PPC, unfurls that the facts and circumstances of a particular case warrant the punishment of an offender under Section ibid against whom the right of Qisas has been waived or compounded.

It added that despite a “compromise” being reached between the parties, the court “was not to blindly and impulsively act upon said compromise in order to acquit the accused”. Rather, the judge “ought to apply his judicial mind to the facts and circumstances of the case and proceed to convict theaccused on the principles of fasad fil arz”.

The petition argued that the judge “erroneously observed that there must be clear and qualitative evidence in order to prove the question of ‘fasad fil arz’ because the only prerequisites that need to be fulfilled are the facts and circumstances of a particular case and the same does not require any evidence”.

The petition said the judge acted “blindly and impulsively” on the said compromise and the subsequent acquittal of Waseem was a “sheer contravention of the relevant principles of law”.

The plea said there was sufficient evidence to secure Waseem’s conviction and that the accused had voluntarily confessed to the crime.

It added that the LHC judgement on Waseem’s acquittal was based on “misinterpretation and misapplication of law and has caused a serious miscarriage of justice”.