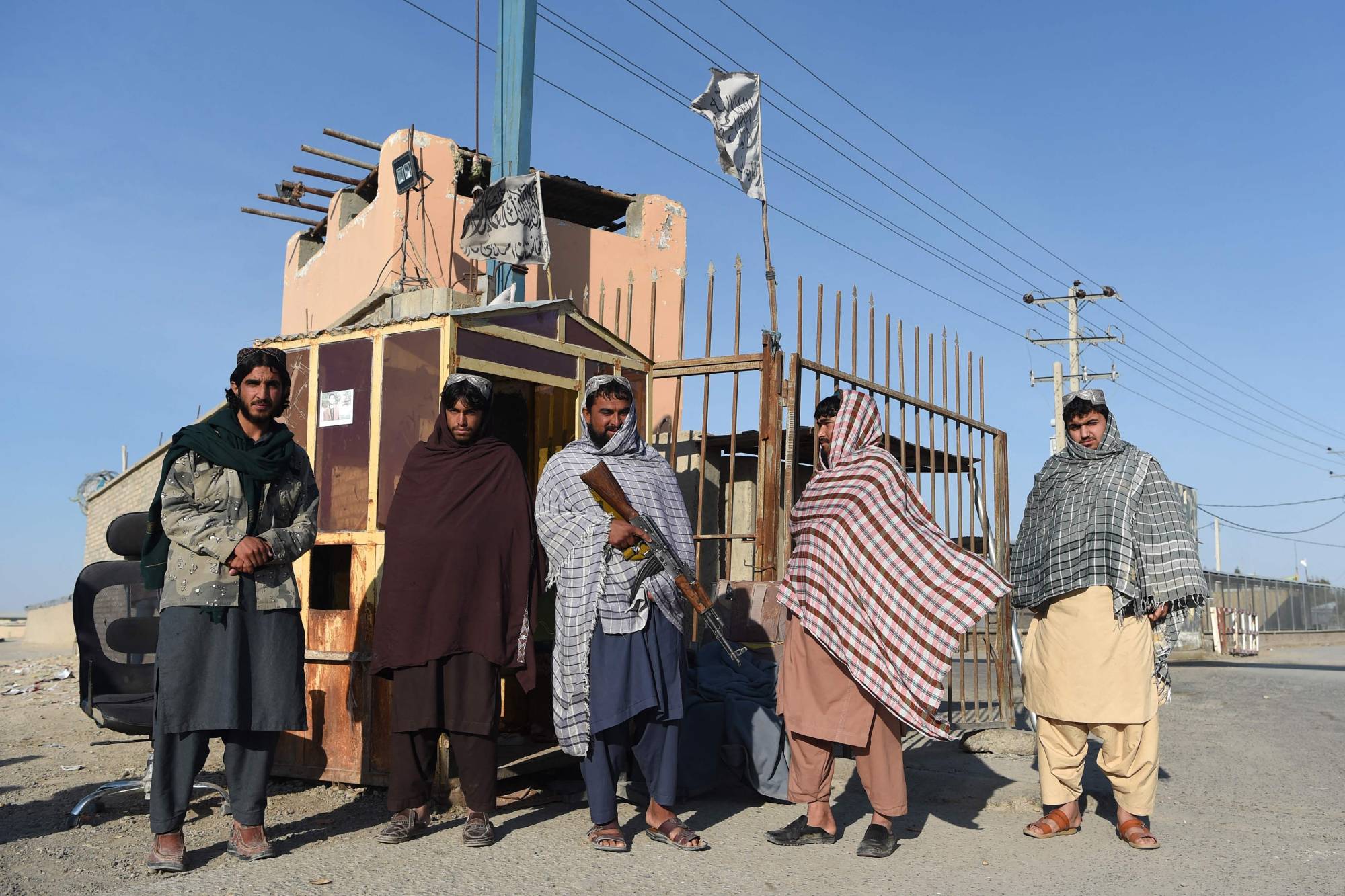 The Taliban have clamped down on Afghans leaving the country as, separately, their forces continue a massive security sweep, going house-to-house across the capital on Monday in a “clearing operation”. The new travel ban was announced late on Sunday by Taliban spokesman Zabihullah Mujahid, who packaged the restrictions as being aimed at preventing hardship for Afghans abroad.

Evacuations organised by nations or non-governmental organisations have been banned, while even families attempting to leave the country by their own means now need “an excuse”, or they will be stopped by immigration.

“I have to say clearly that persons who leave the country along with their families and have no excuse … we are preventing them,” Mujahid told a press conference late on Sunday. Women will also not be able to fly abroad unless accompanied by a male relative — mirroring similar domestic restrictions introduced last year which bar solo travel between cities and towns.

“If they (women) want to travel abroad, they should have a chaperone,” Mujahid said. “This is the order of Islamic sharia law.”

The announcement came the same weekend a search for “kidnappers, thieves and looters” kicked off in Kabul and other Afghan cities — a so-called “clearing operation” separate from the travel measures.

The new travel restrictions will alarm tens of thousands of Afghans who have been promised asylum abroad after working with US-led foreign forces or other Western organisations during the Taliban’s 20-year insurgency. More than 120,000 Afghans and dual nationals were evacuated up to August 31 when the last US-led troops withdrew, two weeks after the group seized Kabul.

Thousands with similar links are still in Afghanistan, however, desperate to leave and fearful they may be targeted by the Taliban as “collaborators”. The last official evacuation by air was on December 1, although organised road convoys to Pakistan have taken place as recently as last week. Mujahid said the decision to ban departures came because the Taliban had received reports of thousands of Afghans “living in very bad conditions” abroad.

“The government has the responsibility to protect the people so this will be stopped until we get the assurance that their lives will not be endangered,” he said, adding that they had never promised for evacuations to continue indefinitely. “Initially we had said that the Americans … could take people whom they had any concerns about … But this is not a continuous promise.”

Since the Taliban took over Kabul in August, Afghanistan has plunged into economic crisis, pushing even those without links to the former regime to scramble for an exit. Thousands of people daily try to cross into neighbouring Iran in search of work, or in a bid to reach Europe in the hope of asylum. The United States has seized $7 billion in Afghan assets held abroad — reserving half for humanitarian aid that bypasses the Taliban, and half for a fund to compensate families of those who died in the September 11, 2001 attacks.

Meanwhile, a massive security sweep of Kabul continued on Monday with Taliban fighters going house-to-house in search of weapons and criminals blamed for a recent spate of robberies and kidnappings. The “clearing operation” has alarmed many who fear being targeted because of their association with the previous Western-backed regime or US-led foreign forces.

Irate residents have posted videos on social media showing homes they said had been trashed during Taliban searches, but several people told AFP their encounters had been polite and cursory.

Mujahid said authorities had discovered two kidnapped victims during the operation so far, and also freed two teenage girls who they found chained in a basement. He said light and heavy weapons, explosives, radio equipment and drones had been seized, as well as vehicles belonging to the military or government. Six people suspected of being members of the Islamic State group had been detained, he said, along with nine kidnappers and 53 “professional thieves”.

“We want to assure the residents of Kabul that these operations are not against the common people,” Mujahid said. “The residents of the city should be confident the search is going on carefully.”