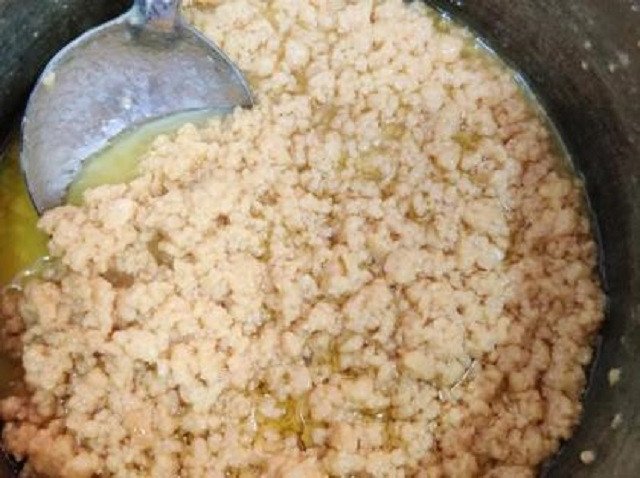 KARACHI: Moosani Mava or Khoya, a unique sweet made from milk solids in various cities of Sindh, attracts sweet lovers, particularly commuters travelling along the National Highway. In Sindhi it is traditionally called mao.

It is made from curdled milk concentrated by boiling, and sweetened to taste. It is concentrated to a point that the colour turns to golden pink. According to a report, there are around 200 roadside shops selling the dairy delicacy on National Highway near the Khairpur city. Most of these shops belong to the people of Moosani tribe whose livelihoods depend on this sweet.

Owners of the sweet shops sharing details about mava business said that it was first commercially prepared in this area by Muhammad Ramzan Mallah about 70 years ago. Mallah named the sweet after his village Moosani.

Another villager Ghulam Sadique, who was making and selling mava for 25 years, told the media that there are around 200 homes in Moosani village out of which 25 sell mava. He said that his family has three shops run by his brother, two cousins and himself.

Being on the National Highway, Sadique said people belonging to four provinces pass through the area. The travellers take our mava as gift to faraway places. Local residents said that when people of the Moosani tribe go to mega cities including Karachi, Multan, Lahore and Islamabad and even to UAE and Saudi Arabia for earning bread and butter, they carry the mava as gift for relatives and friends living there.

Ghulam Sadiq further said that various kinds of mava are made to order fortified with almonds, pistachio and walnuts to enrich the taste and nutrition.