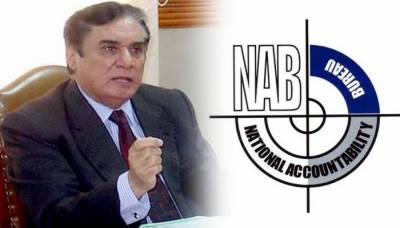 Chairing a meeting to review the overall performance of NAB at its Headquarters, he directed all regional bureaus of NAB to put their best efforts in vigorous pursuance of under-trial cases in the accountability courts with complete preparation on the basis of solid evidence in accordance with the law so that corrupt should be brought to justice and looted money should be recovered.

The forum was informed that the accountability court, Sukkur had awarded seven years of rigorous improvement and a fine of Rs 107.55 million to Dr. Ghulam Hussain Unar (Ex DHO Sanghar).

The meeting was also informed that the Supreme Court of Pakistan has dismissed the petition of Pre Arrest Bail of the accused person namely Qasim Ali Mandharo in reference No 20/2019.

Subsequently, the accused person was taken into custody by NAB team.

During the meeting, it was informed that the accountability court had passed judgment whereby the accused persons Habib ur Rehman, Arif Parveiz & Mahmood ul Hassan were convicted /sentenced for 07 years of rigorous imprisonment along with a fine of Rs 5 million, Rs 2.2 million and Rs 4 million respectively.

The meeting was further informed that accountability court, Lahore has passed judgment in reference No 07/2017 whereby the accused Toufeeq Ahmed was convicted /sentenced for 05 years of rigorous imprisonment along with a fine of Rs 12 million.

NAB Chairman said NAB strongly believed in 100 percent development and Zero percent corruption as it was defined as the dishonest or unethical method used by a person entrusted with a position of authority, for personal benefits, in other words, corruption was when a person who was responsible for a task, misused that position for his own profit.

Corruption includes bribery and embezzlement and has a greater impact on any economy as corruption was not only a root cause but badly affects the state of the economy and standard of living. He said that NAB’s effective anti-corruption strategy comprising Awareness, Prevention and Enforcement has started excellent dividends.

He said that NAB believes in the “Accountability for All” policy with a slogan of NAB’s faith-Corruption free Pakistan.