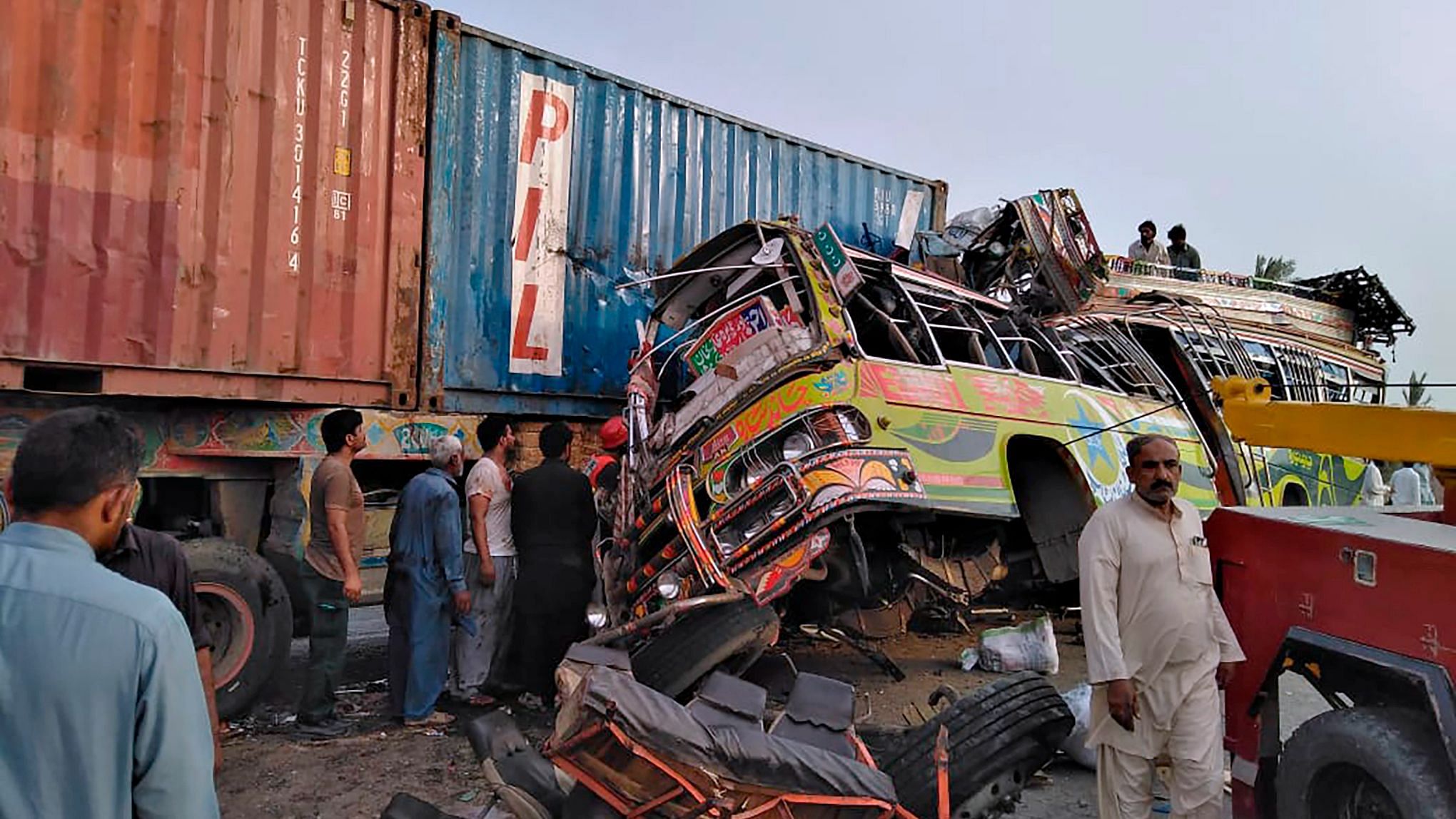 QUETTA: As many as three people including a small girl died while 25 others including women and children received wounds in a collision between a passenger coach and a truck on the National Highway near the Khanozai area of Pishin district on Monday.

According to Levies sources, a Quetta-bound bus carrying commuters from Lahore was on its way when it hit a truck that was coming from the opposite direction near the Gawal area due to overspeeding. As a result, a small girl among three died on the spot and 25 others suffered wounds.

The bodies and the injured were rushed to a nearby hospital where the injured victim treatments were started. The identity of the victims could not be ascertained so far. Levies force has registered a case.