* 'We haven't spoke in a while, but I clearly remember being right next to you while you were organising trucks of aid during hurricane Sandy and I remember all that you were saying to me about situations where innocent are suffering,' Maks wrote on his Instagram Story on Saturday over a screen shot of Kirstie's original Tweet, which has since been deleted 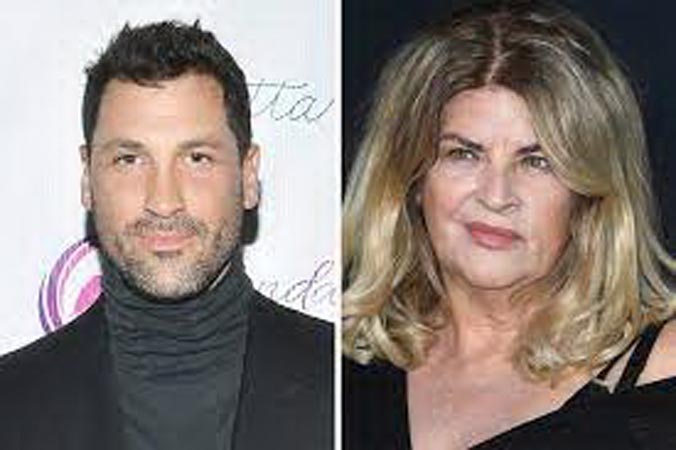 Safe to say Maksim Chmerkovskiy is no longer in step with Kirstie Alley.

The 42-year-old pro dancer just called out his former Dancing With The Stars partner after she tweeted that she didn’t know “what’s real and what is fake” regarding Russia’s invasion of the Ukraine.

“We haven’t spoke in a while, but I clearly remember being right next to you while you were organising trucks of aid during hurricane Sandy and I remember all that you were saying to me about situations where innocent are suffering,” Maks wrote on his Instagram Story on Feb. 26 over a screen shot of Kirstie’s original tweet, which has since been deleted. “The same energy is needed right now.”

The Cheers alum seemingly took notice and fired off a series of tweets hour later saying her critics “just want to hate something.”

“I’m sorry that I’m not an expert on APPARENTLY EVERYTHING.. like some of you jack wagons,” Kirstie tweeted. “It’s ok to admit you don’t know things.”

In another tweet she insisted, “Uh oh.. I fight for civil and equal rights too.”

Without naming names, she also issued a threat of sorts to expose those celebs who come for her.

“Almost Time to take off the gloves,” she tweeted. “I have a curtesy policy to not publicly reveal secrets about other celebs, but I’m done with the public lies and covert jabs. And not so covert.”

Following the criticism, Kirstie also share a document of organizations that are supporting the people of Ukraine, provided by Ukrainian actress Milla Jovovich.

Maks had been filming the reality show World of Dance in Ukraine for six months and recently returned to the now-war-torn nation after a brief trip home to Los Angeles to see wife Peta Murgatroyd and five-year-old son Shai. He has been posting harrowing firsthand account of the crisis on social media from the Ukrainian capital of Kyiv. In one of his latest clips, posted later on Feb. 26, sirens are heard.

“There’s air raid alarms everywhere, literally right now, and constant,” he shared in the chilling selfie video. “This is now no drills. It’s no joke. It’s non-stop for about a minute, two minutes, three minutes now and it’s all around Kyiv.” Maks pleaded for his followers to “pray for a lot of people.”

As of Saturday morning, Russians were less than 20 miles north of Kyiv’s city center, according to a senior U.S. Defense Department official, per NBC News. Explosions have been heard in various parts of Ukraine since Russian President Vladimir Putin gave a televised speech from Moscow saying he was authorizing military action on Feb. 24.

“There’s ALWAYS another way,” Chmerkovskiy captioned a Instagram video of himself that day. “WAR is NEVER an answer! I will never be the same. This is stressful and I’m getting old feelings back, like I’ve done this before.”

In the video, Maks-who immigrated from Ukraine to the United States in 1994-revealed that his PTSD was coming back.

“This does feel like the way it was when and why we left in the ’90s,” he added. “I literally only just forgot about those ‘always on the edge’ feelings and actually started worrying about things like bbq grills.”

“I’m crying as I’m typing this because all man deserves to worry about ‘bbq grills’ and not f–king war,” he continued. “Hug your loved ones.”

Earlier this week, his wife Peta also took to social media from the U.S. to make a heartfelt plea.

“Please pray for my husband Maks,” the DWTS pro wrote in a note shared to Instagram on Feb. 24. “I don’t usually ask these things from my social media network, however, today is extremely hard and the next few will be even harder. My pain is overwhelming and I’m struggling, but you sending your positive light and love to him would mean the world to me. Truly, I wish for nothing more.”