Kendall explains why she’s less angry and more at peace 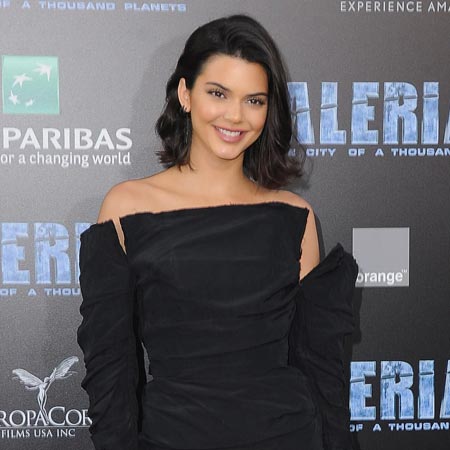 Kendall Jenner has found inner peace. In an interview for i-D’s Spring 2022 The Out Of Body Issue, the model reflected on her past anger towards paparazzi and the serenity she now holds.

Kendall shared, “I used to be really angry. I mean, you can literally find old videos of me screaming at the paparazzi for no reason, but also for a very obvious reason. I’m just a lot more at peace with things now.”

Why the change? “It’s hard to explain,” she said. “It’s just something that you learn to live with, I guess.”

Kendall said she credits her calmness to a few different therapeutic hobbies, such as reading, sound healing, exercise and journaling once or twice a week to work through anxiety and “a little bit of depression.”

“It’s important to have a space that’s just for you where you can let out your happiness, your anger, frustrations, and stress, the things that are freaking you out, the things that are making you happy and even just ideas,” Kendall shared, adding that she believes in the power of manifestation. “Our minds are extremely powerful.”

And while pouring her feelings into a journal have led her to feeling more open and free, the diary itself is a closed sanctuary.

Kendall said, “Yeah, it’s like an old-fashioned diary. It has a lock on it and I hide it, I lock it away: mine is so, so secretive. I’m like, ‘No one can ever get this.'”

The Keeping Up With the Kardashians star noted that she is “a control freak at heart,” but being in the driver’s seat has empowered her.

She recalled, “At a young age, I had to give up that control and let someone else portray me in the way that they wanted to, for an editorial or a campaign or commercial – whatever it was. That was my job. Now, being on the other side is taking that control back in a way, building my own brand, and feeling empowered – and it has been really amazing.”

Kendall, who recently revealed her best business advice since starting her 818 Tequila brand, then noted, “As a woman and as someone who comes from a really female-driven family, it was really cool to put all my tools to work.”

Beyond writing in her diary, the reality star said that she is far from done writing her own story: “It still feels like I’m not fully formed, but with every chapter I become a little bit more fulfilled.”