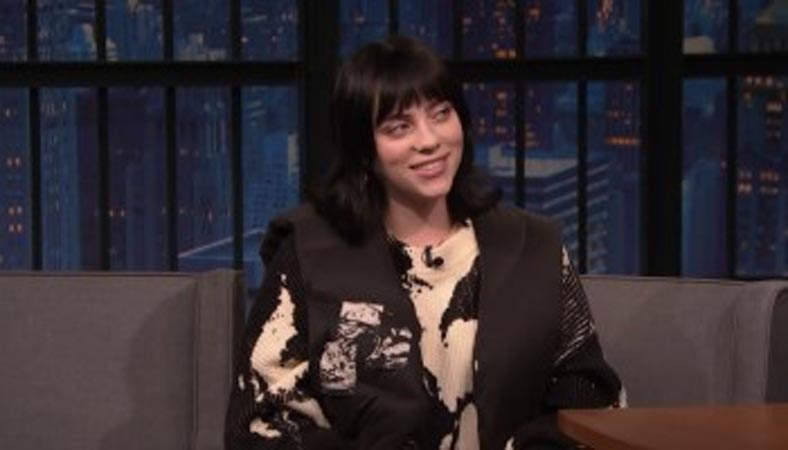 She might have “no time to die,” but Billie Eilish certainly has time to fangirl over Daniel Craig with fellow James Bond fan Seth Meyers.

While visiting NBC’s Late Night on Thursday, the singer, who is nominated for an Oscar for Best Original Song for her single “No Time To Die” from the latest James Bond installment of the same name-bonded with the talk show host over their shared love of the film’s iconic leading man.

When asked by Seth if she was at all nervous when she first met the 53-year-old Knives Out actor, Billie, 20, replied, “Yeah. It’s James Bond! He’s a DILF!”

Seth, 48, seemed to share a similar thought process. “Thank you for saying it,” he said. “I’ve found when I say it, it’s weird, but I want you to know I’m in full agreement with you.”

“You would not believe them. They look crazy!” Billie agreed. “When I met him, I was like, ‘Whoa!'”

The singer explained that the Bond actor’s eyes seemed to appear larger than life when they met.

“If you weren’t psyched about it, you’d say, ‘Your eyes are in my personal space,'” Seth said. “The first time he looked at me, I went, ‘DILF!’ I couldn’t stop myself.”

As she looks ahead to the 2022 Oscars, Billie might need to channel a bit of James Bond herself. The singer shared that she was “very nervous” to attend the upcoming awards ceremony.