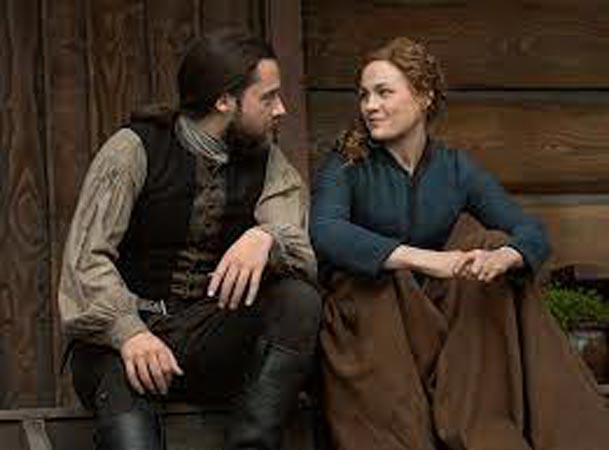 Ready to head back to the Highlands? Well, we sure are. On Feb. 25, it was reported that an Outlander prequel series is in development at Starz. According to Variety, the original series’ executive producer and showrunner Matthew B. Roberts will return to write and executive produce. E! News reached out to Starz, but they had no comment.

Though the plot details have not yet been revealed, Outlander’s Ronald D. Moore will also executive produce the series along with Maril Davis.

Outlander, which premiered in 2014 and is based on Diana Gabaldon’s fantasy romance novels, follows an English combat nurse from 1945 named Claire Fraser who is mysteriously swept back in time to 1743.

This news follows Gabaldon’s recent Facebook post, teasing that she is working on a prequel series about Ellen MacKenzie and Brian Fraser, the parents of Outlander’s Jamie Fraser. “It is only a line,” she said, “but I think it’s possibly the first line of the book.” “Ellen Mackenzie,” the first line reads, “eldest of the children of Jacov Ruadh Mckenzie, chief of Clan Mackenzie-well, the late chief, if only by moments, but she’d think about that later-grabbed Ailidh Watt from behind and dragged her out of sight, clapping a hand over her slobbering mouth the stifle her cries.” She also noted that though there is “more written than that,” she will not be posting more for awhile, since she has “barely begun working on it.”

But this isn’t the only Outlander content we have to look forward to.

Back in January, Starz released the trailer for the series’ upcoming sixth season, which premieres on March 6 after a two-year hiatus. We last saw Claire, who survived a brutal encounter with Lionel Brown (Ned Dennehy), returning home to her family.