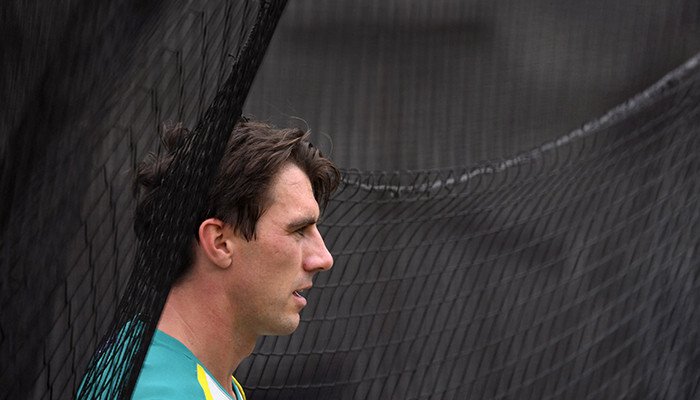 ISLAMABAD: Australian Test Skipper Patrick Cummins was brimming with joy on the way the Kangaroos were so well looked at after their arrival here, saying we feel really safe in Pakistan which was an incredible cricket playing nation.

“We are great to be here and we are really comfortable. We feel incredible safe as we are really well being looked at. The Pakistan Cricket Board (PCB) have lots of security and we are lucky to be surrounded by so many professionals and we can just concentrate on cricket,” he said in a presser after his team’s arrival here.

Patrick Cummins said the Australian team played throughout the summer in the Ashes back home in Australia. “Now the challenge is to try to continue that form. Pakistan is an incredible cricket playing nation and the Pakistan Super League is been very successful. Pakistan came to play in Australia and hopefully we can return the favour,” he said.

He said the thing makes him more excited was the fans. “When we have come to play in the subcontinent the fans are so passionate and it the first test match (Pak-Australia) here in 24 years. So we hope the fans can enjoy,” he said and added the thing we love about Pakistan team was young guys coming forward and shining.

To a question, he said we would go out to the ground and will have a look to see what we want to pick for best 11, two spinners or three quicks.

“Steve Smith (vice-captain) has played a lot in the subcontinent so I’ll be laying on him about the field placements, spin bowling etc. It is (Test match) 90 overs a day so we will look one day at a time,” he said.

Cummins said the team’s schedule was really packed. “We are playing 15 days test cricket in the space of 28 days and then three ODIs,” he said and added that Usman Khawaja and Fawad Ahmed had roots in Pakistan.

The Australian men’s cricket team has arrived in Pakistan for the all-format series, scheduled to kick off from Rawalpindi from March 4.

The Australian team would be able to train from Monday. The Kangaroos were touring Pakistan after a gap of 24 years. The last time they played here was back in 1998.

Pakistan and Australia would play three Tests and as many ODIs and a T20 from March 4 to April 5. Pindi Stadium, Rawalpindi would stage the Test series opener, three ODIs and a T20 while Karachi and Lahore will host one Test each.