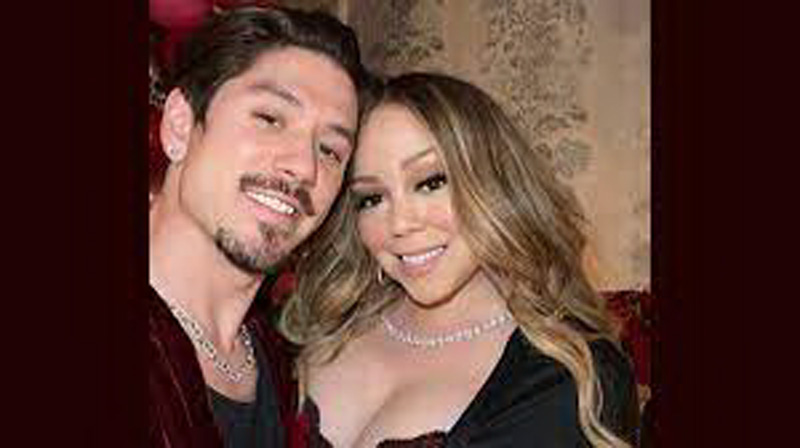 While Nick Cannon is out here sharing his feelings in verse, ex-wife Mariah Carey may just have a different vision of love.?Just two days after the Wild N’ Out star released an ode dedicated to his ex-wife, Mariah shared a peek at her Valentine’s Day spent with her boyfriend of more than five years, Bryan Tanaka. The Grammy winner captioned their Feb. 15 Instagram selfie, “Valentine’s marathon continues. Hour 23!”?And as Mariah’s Instagram followers aptly pointed out, considering the timing, there may just be a chance she heard the ballad from her ex-husband, father of “Dem Babies,” a.k.a. their 10-year-old twins, Moroccan and Monroe.?For those who’d offer up an “I don’t know her” regarding Nick’s new single “Alone,” he starts off with expressing that he “has nothin’ but love” for Mariah, his wife of six years. But he also acknowledges that she has since moved on in the years since their 2014 split, singing, “Imma keep my distance, stay in my lane / Cause I know you got a man, it’s a little too late.” Not that Nick has exactly been riding solo, having welcomed five additional children with three women in the past four years, with another on the way.

But as Nick himself puts it, nothing compares to the endless love he has for Mariah.

“I’d been lyin’ / I say I’m cool when I know I miss it,” he sings. “I’d trade it all for the case / If I could have you back / If I could go back to where we started at.”?Elsewhere in the single, Nick also got candid about his personal life being part of the reason he’s decided to stay away.?”As much as I want you back / It’s probably better where you at,” Nick sings. “Cause I’m still running the streets / I’m still all in the sheets having babies / Models and singers and actresses saying they pregnant by me.”

He continued, “Have to pay $10,000 a week / I take care of my peeps / Now you don’t worry about when I creep / You got a man next to you when you sleep.”?Still, sounds like Mariah will always be his baby