Kate Middleton has thoughts about having baby #4 with Prince William 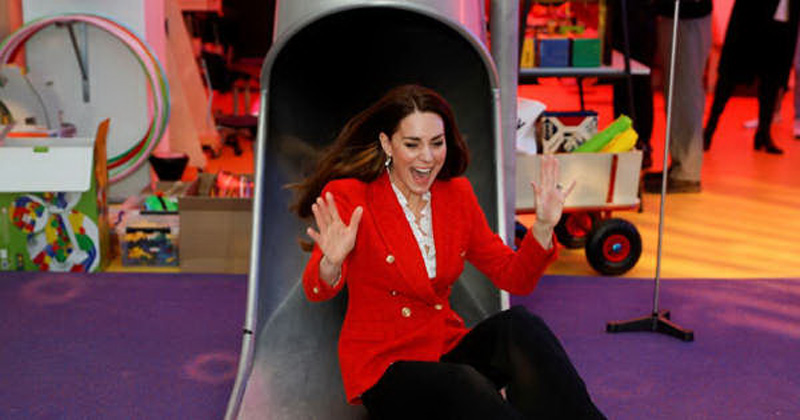 Kate Middleton may be itching to have a fourth child, despite what Prince William may think.

While on a two-day official solo visit to Denmark on behalf of the Royal Foundation Centre for Early Childhood, the Duchess of Cambridge admitted that being around children pulls at her maternal strings.

“It makes me very broody,” the 40-year-old royal told reporters at Copenhagen’s Children’s Museum on Feb. 22. “William always worries about me meeting under one-year-olds. I come home saying ‘let’s have another one.'” Kate and William have three children: Prince George, 8, Princess Charlotte, 6, and Prince Louis, 3. William playfully expressed his concern as Kate held a baby girl during the couple’s visit to Clitheroe Community Hospital last month, joking, per People, “Don’t give my wife any more ideas! No more!”

When the duchess handed the baby back to her family, the future king teased, “Don’t take her with you.”

In Denmark, Kate also visited the Lego Foundation PlayLab at University College Copenhagen, where students training to be early years professionals are encouraged to play. Wearing a red a red Zara blazer and white blouse, the mother of three took a trip on the “helter-skelter slide.”

“My children are very jealous they weren’t coming to see the Lego Foundation,” she told reporters. “They were like, ‘Hang on, there’s Lego and we’re not coming?'”

Kate may have babies on the brain, but she’s well aware of the challenges that come with having a newborn.

“There is so much joy and happiness associated with having a newborn baby but actually people don’t necessarily talk about the worry or the anxiety that comes with having a newborn,” Kate told reporters during a meeting with researchers from the Copenhagen Infant Mental Health Project, “and particularly if you are noticing things with your own child that you feel you are worried about.”