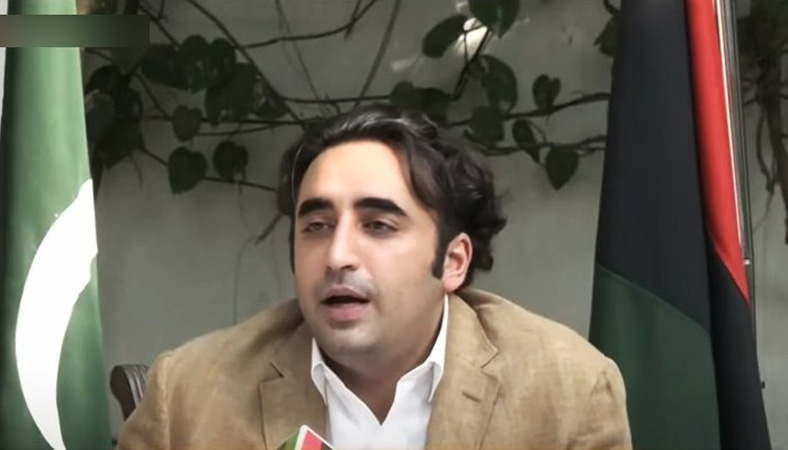 PPP Chairman Bilawal Bhutto-Zardari said Saturday his party was ready to back PML-N’s candidate for the prime minister’s slot if the opposition is able to oust the incumbent government.

“PML-N clearly has the majority; PPP and other opposition parties are ready to sacrifice the prime minister’s seat for them,” the PPP chairman said while addressing a press conference alongside party leaders in the port city. He said in a democracy, anyone having the majority can decide who becomes the next prime minister, stressing that the major stakeholder should announce its candidate for the office. “We plan on not repeating the mistakes we did in the past,” he added.

On the eve of his party’s historic ‘Awami March’, Bilawal asked Prime Minister Imran Khan to step down ahead of the scheduled march and no-confidence motion against him.

Bilawal said that there will be no need of protests and a no-confidence motion if Imran Khan resigned himself, adding that after the removal of prime minister, the interim setup would have limited responsibilities and can focus on carrying out electoral reforms and hold transparent elections.

Bilawal said that his party has decided to launch a ‘democratic attack’ against the government and urged the other opposition parties to adopt a unified stance of ousting the incumbent PTI-led administration. The PPP chairman ruled out opting for undemocratic tactics to achieve the goal of dismissing the government.

Bilawal also advised PTI’s allies, especially the MQM-P, to join hands with the anti-government movement as the PPP is all set to begin its “awami march” today – from Karachi to Islamabad. “However, if Prime Minister Imran Khan decides to resign voluntarily, then there won’t be a need to hold the long march,” Bilawal said.

Speaking about PTI’s Sindh Huqooq March, Bilawal said that the PTI leaders say that they have come out for the rights of the people of the province and hence, kick-started their march from Ghotki; however, they are the ones who did not give the farmers their due share of urea. “The people of Sindh will respond accordingly,” he said. Terming the march as a “political circus” he said that PPP has no threat from “a group of political orphans” gathered in Sindh.

Bilawal said that Prime Minister Imran, who he said was imposed on the country, had no legal justification for remaining at the helm. “He was selected through rigging and he is a prime minister whose three years of puppet rule have been followed by the funeral of democracy, and the drowning of the economy. The economic, human and democratic rights of the people have been robbed. Khan Sahib has wreaked havoc on everything he has touched in the name of change.

Be it foreign policy, be it society, be it politics, be it governance, or be it security matters.” He said that in view of the current situation, the PPP has decided that it will fight for the rights of the people. “Sindh, Balochistan, Khyber-Pakhtunkhwa and Punjab should be given their rights,” said PPP chief. “The provinces are being deprived of the NFC award,” he added.

Criticising the selected government, Bilawal said, “We have been raising our voice against PTIMF from day one. PTIMF is against the interest of Pakistan.”

Bilawal said the burden of the PTI government’s incompetence was being borne by the common man in the form of price-hike of electricity, gas, rising inflation, and uncontrolled petrol and medicines price hikes.