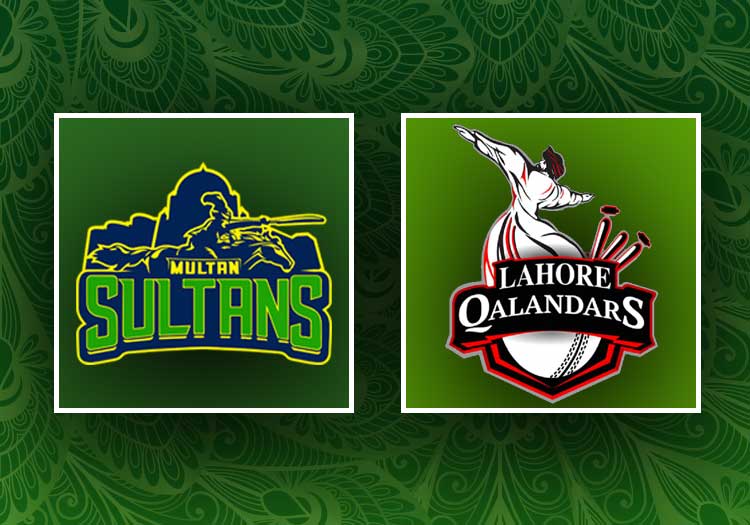 The first ball of the sell-out final will be bowled at 7.30 pm.

This will be the second HBL PSL final to be staged in Lahore, the 2017 final was won by Peshawar Zalmi in the first-ever HBL PSL match to be staged in Pakistan. To date, 33 of 34 matches in one of the most challenging and competitive leagues have been played in Pakistan, which is only the second time since the inception of this tournament in 2016.

Sultans and Qalandars have richly entertained the fans in Karachi and Lahore with top-quality T20 cricket. To date, Sultans have won 10 out of 11 matches, while Qalandars have won seven out of 12 matches this year. On a head-to-head in this tournament, Sultans lead Qalandars 2-1.

Sultans have played like champions from the beginning of the HBL PSL 7 in Karachi a month ago. They created an HBL PSL record by winning nine out of their 10 round matches and are in red-hot form heading into the final.

Sunday promises to be another memorable occasion.

The two captains want their sides to enjoy the momentous occasion on Sunday and play fearless cricket, a formula that has done wonders for both in the HBL PSL 7.

Multan Sultans captain Mohammad Rizwan said on the eve of the showdown: “It has been an amazing tournament for us and I was a captain could not have asked more from my players. Heading into the tournament as defending champions could have added extra pressure on us but I am delighted that the players and our management have succeeded in maintaining our high standards.

“Lahore Qalandars have played good cricket throughout the HBL PSL 7 and I am sure they will have great support on Sunday. The Lahore crowd has been amazing and I am sure we will also have our supporters at the venue. Last year we won in front of an empty stadium in Abu Dhabi due to covid restrictions so the opportunity of lifting the trophy in front of a packed Gaddafi Stadium by the grace of Almighty Allah is amazing and our entire squad is fully motivated to deliver.

“I want to thank our fans for their support and we look forward to the final tomorrow knowing well that we have them backing us on this memorable occasion.”

Lahore Qalandars captain Shaheen Shah Afridi said: “After Friday’s night’s incredible win we want to settle for nothing but the HBL PSL trophy. The last month and a bit have been a memorable journey. After our success in Karachi, we have succeeded in raising the level of our game further backed by the passionate Lahore crowd.

“The joy of playing in front of a packed home crowd and winning is second to none. I really want to thank the Lahore crowd and request them to pack the GSL once again on Sunday as we will give it our all to win our first HBL PSL trophy in their presence.

“I am delighted with how the team has performed so far, we have come through tough situations with bat and ball as we have been challenged every inch of the way in this incredibly tough tournament. Multan is the form side but we have the belief that we can beat them and we will try our very best.”

Qalandars opener Fakhar Zaman is 15 runs away from becoming the first batter to post 600 runs in an HBL PSL season. The left-hander has so far tallied 585 runs (12 innings) at 48.75 and a strike rate of 154.35. His tally includes one century and seven half-centuries.

Rizwan has led the Sultans from the front with 532 runs in 11 innings at a brilliant average of 76. The right-hander’s strike rate is 126.96 and his run tally includes seven fifties.

Shan Masood, the Sultans opener, is third on the run-getters list with 459 runs from 11 innings, while Qalandars second-best run-getter is Kamran Ghulam. His 284 runs place him at No.9 on the leading run-getters list.

Shaheen, like Rizwan, has led Qalandars from the front. The ICC Men’s Cricketer of 2021 has continued his rich vein of bowling form with 17 wickets from 12 matches (21.41 average, 7.58 economy), which has put him at number two on the bowling charts behind Islamabad United captain Shadab Khan.

Sultans’ all-rounder Khushdil Shah has remained the surprise package with the ball in the tournament. The left-arm-spinner has time and again taken crucial wickets for his side and has collected 16 wickets in 11 games at 12.31 and an economy rate of 6.71

Qalandars’ emerging pick Zaman Khan has been one of the finds of the tournament, the right-arm fast has collected 16 wickets in 12 outings at 22.56.