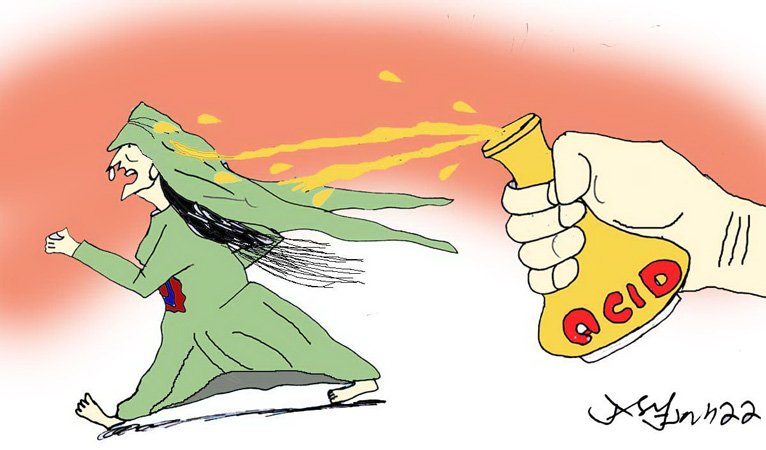 Sir: One of the most horrifying forms of gender-based violence in Pakistan is throwing acid (usually sulphuric acid ) on women with an aim to take revenge, disfigure and harm the person. It has long-lasting physical and psychological consequences.

Pakistan is on the list of countries with an incidence of acid attacks on women. The opponents are most often relatives or rivals, sometimes for a woman’s affections or in non- gender-based attacks, opponents provoked by property disputes or other disagreements.

Nearly, 150 incidents of acid attacks are reported every year in Pakistan out of which about 50 occurred in Balochistan. Acid throwing is also a phenomenon in South Punjab as well as in parts of Sindh, being randomly spread throughout the country.

Acid throwing usually occurs when a male perceives that a female related/ unrelated to him is usually involved in some act which is appeared to be outside the limits of marriage or social norms. It is requested to Acid Survivors Foundation (ASF) take serious notice of this issue and try to eliminate it. Looking forward to your efforts in the above-mentioned matter.