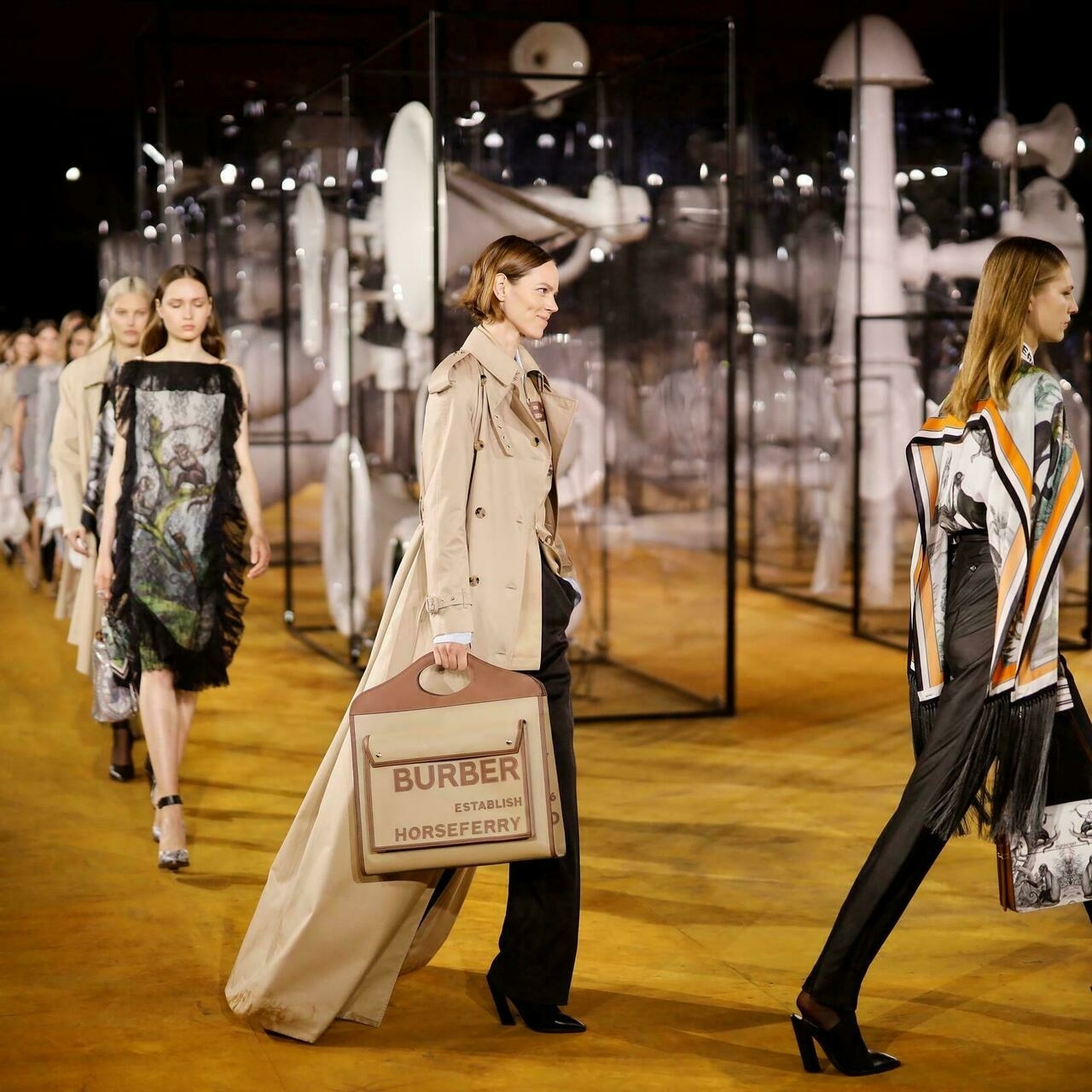 London: Emerging and sustainable designers will get a chance to shine at London Fashion Week from Friday with major brands such as Burberry, Victoria Beckham and Vivienne Westwood either absent or sticking to digital formats for the five-day catwalk extravaganza.

Burberry said without explanation it would hold a live show in March that is not part of the event, while ex-Spice girl Beckham — who last held a live show in London two years ago — has spoken of cost issues.

Following in the footsteps of designer brands such as Gucci and Dolce & Gabbana, meanwhile, Serbian designer Roksanda Ilincic will be selling non-fungible tokens (NFTs), offering digital ownership of a 3D image of a dress from her label.

The week kicks off with sustainable label SOHUMAN, created by Spaniard Javier Aparici who quit a career in finance to work in fashion and promises “radical transparency” on the factories used to make his garments.

As sustainability and upcycling become industry buzzwords, there will also be interest in Tuesday’s shows by Britain’s Bethany Williams and Ireland’s Richard Malone.

Williams’ materials include abandoned festival tents for garments and book waste for bags while Malone’s creations feature fragments of materials including scrap leather.

The London event, which will showcase autumn/winter 2022 collections, was held entirely virtually a year ago as it coincided with a national lockdown. Live catwalk shows resumed last September.

This time there will be nearly 40 such shows including Simone Rocha, Molly Goddard, Roksanda, Erdem, Rejina Pyo and Ozwald Boateng whose last-minute surprise addition to the schedule will be his first at London fashion for 12 years.

Other designers are sticking to digital formats, such as punk icon Westwood, who will present her latest creations in a video.

Burberry confirmed to AFP it will hold a live catwalk show in London on March 11, outside of London Fashion Week. No further details were given on the decision.

It will be the brand’s first live event in two years, after it participated in London’s 2020 fashion week programme.

Beckham last held a live show for her luxury brand in London in February 2020, then put on online shows in September 2020 and February 2021.

The former Spice Girl told the Evening Standard in April 2021 that she would “probably not” be able to afford a live show in September that year due to the high costs. Her brand did not participate.

Emerging designers to look out for this week include Albanian-born Nensi Dojaka, who last year won the prestigious LVMH prize for young fashion designers, and Steven Stokey-Daley, creative director of Liverpool-based S.S. Daley.

There will also be a chance to spot future stars at Sunday shows put on by Central Saint Martins, a top fashion college, and Fashion East, a non-profit talent incubator.

In an innovation introduced during Britain’s first national lockdown in June 2020, the catwalk shows will be available to view online on the organizer’s website.

After being hit hard by the pandemic, the British fashion sector, which employed about 890,000 people in 2019, is seeking a route to recovery.

Caroline Rush, the chief executive of the British Fashion Council, which organises the fashion week, told AFP that the industry has had “a very challenging couple of years”, exacerbated by Brexit-related changes that entered full force on January 31, 2020.

“Brexit continues to be a challenge for the fashion industry… whether it is tariffs or paperwork, visas for people to be able to work in different countries,” Rush said.

The lifting of pandemic travel restrictions has allowed at least some international visitors to attend the fashion week.

“We won’t have attendance from many Asian countries that still aren’t able to travel,” Rush said. “But business can still be done.”

A 2021 report published by Oxford Economics for Creative England and the Creative Industries Federation found that with the right investment, the creative sector could recover from the pandemic faster than the UK economy as a whole.

London’s five-day showcase will be followed by fashion weeks in Milan and Paris later this month.