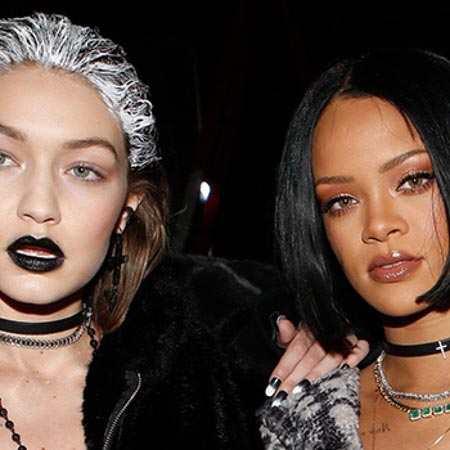 Gigi Hadid has clarified her comment on Rihanna’s baby bump post that sparked massive buzz on social media, leaving netizens speculating if the Love the Way You Lie hit-maker and A$AP Rocky are expecting twins.

Fans are curious to know more details about RiRi’s pregnancy which the 33-year-old singer has kept in wraps.

However, on February 2, the Diamonds singer dropped a first personal photo of her bare bump on Instagram.

The post received a massive response from fans, including Hadid who wrote, “Three angels” under the photo. The comment shook fans!

However, the 26-year-old model dropped another comment to explain what she meant by her earlier remark. “I just caught word of this commotion. Meant rih / rocky / baby lol,” wrote Hadid while adding an emoji.

The Oceans’ 8 actor shared the pictures after taking internet by storm with her and beau’s January 31 viral photo of taking a stroll in New York as they announced the upcoming arrival of their first child.