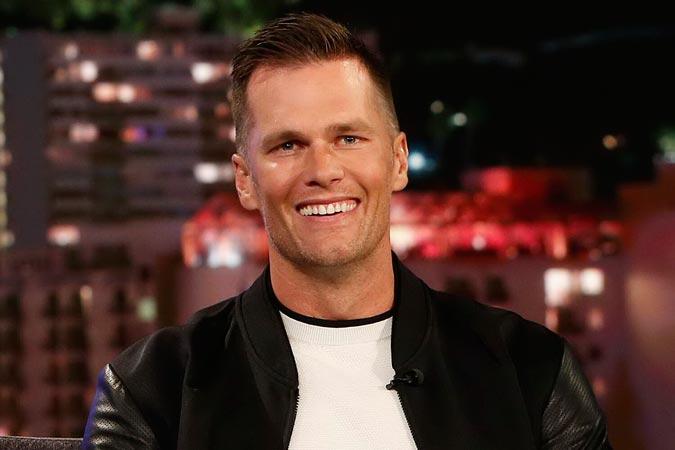 Tom Brady’s next chapter might keep him on fans’ television screens. Earlier this week, the veteran quarterback announced his retirement from professional football after a storied 22 seasons and seven Super Bowl victories. At the time of his announcement, Brady admitted that his next moves were still unclear, teasing that while “the future is exciting … exactly what my days will look like will be a work-in-progress.”

The 44-year-old said he’d be taking it “day by day,” but knew for sure he wants to “spend a lot of time giving to others and trying to enrich other people’s lives, just as so many have done for me.”

A source tells PEOPLE that in addition to continuing to work on his Brady apparel brand, his NFT platform Autograph (which boasts athlete collaborators like Simone Biles and Tony Hawk), his fitness and wellness brand TB12, and his production company, 199 productions, Brady is fielding broadcasting offers.

“There are a lot of projects in the works. He also has crazy offers from networks who want him to be a broadcaster,” the source says, noting that Brady’s agent Jason Hodes has gotten an “unprecedented volume of opportunities ranging from broadcast and streaming offers to publishing and brand deals” for the now-former athlete.

The insider admits that “Tom wasn’t focused on broadcasting at all, but he’s getting so many offers, and they’re projecting these huge salaries” in the tens of millions of dollars range.

Still, for the time being, Brady is focused on spending time with his family: wife Gisele Bündchen, their children Vivian Lake, 9, and Benjamin Rein, 12, and his son John “Jack” Edward, 14, with ex Bridget Moynahan. The source says they’ll also be staying in Tampa, Florida — for now.

Brady, who played most of his career with the New England Patriots before switching to the Tampa Bay Buccaneers for the last two seasons, said in his retirement announcement that his family is his “greatest achievement.”

“I always came off the field and home to the most loving and supportive wife who has done EVERYTHING for our family to allow me to focus on my career,” said Brady. “Her selflessness allowed me to reach new heights professionally, and I am beyond words what you mean to me and our family.”

A source previously told PEOPLE that Bündchen was happy with Brady’s decision to leave the NFL. “Gisele has been hoping he would retire already for a few years, especially after he won the Super Bowl with the Bucs,” the insider told PEOPLE. “She’s really happy because she would really worry about him. She hates seeing him get hit.”