The image of the far right French National Front Party is beginning to become more and more that of just another party with pro-nationalist ideas. In a poll, 47 percent of the people questioned do not view the National Front Party as a threat to democracy. In contrast, more than 70 percent of the people polled in the 1990s had viewed the National Front as dangerous. It has, therefore, amassed enough support and understanding from voters to be established today as the third largest political party in France.

These results, therefore, suggest a certain ‘normalisation’ of the extreme right party. To add to the reasons why it has been able to receive increased support, supporters of other mainstream rightwing parties in France have, in many aspects, changed their views of the National Front from dangerous to mainly mainstream ideologically. This sparks the obvious, threatening question: is there a fine line between other parties of the right with conservative views and the National Front, which, at its fundamental core, was established as a far right, xenophobic institution?

One of the main reasons for this is the change in the leadership of the National Front. For years, it had been under the leadership of its founder Jean-Marie Le Pen whose blatant far right views on what constitutes French nationalism terrorised those who saw him as a significant threat. This occurred particularly in the presidential elections of 2000 when he was a close contender to being elected.

Today, the leadership of the party is under Le Pen’s daughter, Marine Le Pen, who is viewed as representing a patriot from the right who represents an attachment to traditional values. Many do subscribe to her views but not the solutions proposed by her party in matters of immigration, acceptance of religions outside of Christianity, other cultures, etc.

To Marine Le Pen’s credit, she has managed to alter to a considerable extent the harsh image of the far right party and soften it, while maintaining the same philosophical and ideological view of her party. The result is that she has been able to attract far more women and young supporters and demonstrated that her party is able to move forward with the times.

The National Front Party has shifted from one mostly supported by rural communities and factory workers to one which today has a large support base among young university students and graduates who feel threatened about their future in the present gloom and doom of France’s economy and job market. The argument here of course is that foreigners have settled in France and have been hired in jobs that could have been available for French natives. The National Front Party has skirted around what constitutes ‘Frenchness’ over the years and it is clear that this traditional view of what that may be is essentially someone who is of European origin and of Christian faith. There is therefore a complete and utter disregard for any other cultural group of any other religion with no respect to whether they were born and raised in France and hold French citizenship or not. In order to legitimise their definitions of what is different about cultural and religious groups that do no conform to the National Front’s views of what French society ought to look like, a lot of emphasis has been placed on clothing, food habits, prayer, etc, particularly of the Muslim and Jewish communities. Furthermore, in positioning itself as an anti-European party, the National Front has views of a rather isolationist France, which in today’s Europe and global economy, is unrealistic and impractical and simply wrong.

Had France’s economy not been struggling for years and had it not been at its highest unemployment rate today, it would have been interesting to see whether the right wing isolationist discourse of the National Front could have even held any interest in a country which is in general based on principles of tolerance and liberalism and prides itself on such principles. The ideology of France’s very foundation – ‘Liberty, fraternity, equality’ — seems to have somehow bypassed the National Front Party, which conveniently neglects it and chooses to forget it.

Nevertheless, what can be seen is a rather successful strategy by Marine Le Pen to humanise and modernise her party and to pull it away from its ‘politically incorrect’ image, making it one for the regular French working common man and woman. Therein lies the danger. In doing so, she is successfully establishing her party as a prominent mainstream one when at its core, its ideas are anything but what should be simple and mainstream and those who subscribe to it fail to acknowledge the dangers that are actually posed to a liberal, democratic society such as France. 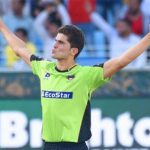