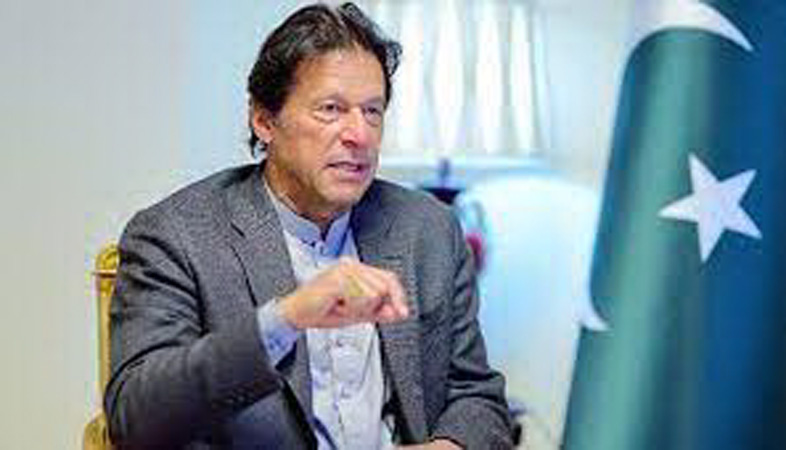 Prime Minister Imran Khan slammed the West’s double standards on Kashmir and the Uyghurs as he prepared to visit China next week.

About West’s so-called criticism of China over the Uyghurs in Xinjiang, the prime minister said that Pakistan ambassador to China had visited the area and informed that such allegations were not true.

The prime minister said that the West did not talk about the Indian Illegally Occupied Jammu and Kashmir (IIOJK) where the worst human rights violations had been committed by the Indian forces.

“There is selective silence over Kashmir,” he said, adding the IIOJK had been turned into an open prison by 800,000 Indian troops, and such silence on Kashmir was deafening which was based upon double standards.

To a query regarding Afghanistan, the prime minister said the country had suffered for the last forty years as the outer countries had turned its soil into a battleground.

After forty years, the war-weary country got a chance for peace, he said, adding, the international community did not think of the Afghans after the foreign troops’ withdrawal. They did not think how these impoverished people would survive.

The prime minister said when the Soviets left Afghanistan, there was utter chaos and casualties.

“Now everyone abandoned Afghanistan. I am talking about 40 million Afghan people currently facing worst humanitarian crises,” he said, warning that the same chaos and destruction could return to Afghan soil which occurred after Soviets’ pullout.

The prime minister called upon the international community to focus on the welfare of Afghan people immediately who needed help as soon as possible without its likes or dislikes for the Taliban.

About Pakistan’s focus on geo-economics strategy, the prime minister stressed upon strengthening of its economy which according to him had, unfortunately, never been paid attention in the past.

About the CPEC, the prime minister said its first phase was focused on connectivity and energy sector, but now they were developing special economic zones and agriculture, seeking Chinese cooperation to help improve their productivity, crops yield and livestock, citing the latest varieties of cotton crop as developed by China.

He also referred to the information and technology as another realm of cooperation as the future of the world hinged over the growth of IT sector. He opined that China had made strides in IT field.

Talking about another field of cooperation between the two countries, he said that they would be learning from the Chinese experience over building the mega cities and coping the problems of air pollution and waste disposal etc.

He said Pakistan had been witnessing urbanization at the fastest pace and the Chinese model of urban development would be of great help.

Replying to a question, he said his upcoming visit to China in the next week would provide him an opportunity to witness the winter Olympics.  Despite a sportsman for about 20 years, he had not witnessed such an event in the past. Being in politics, he did not get time for sports, he added.

The prime minister said that they would also teach the Chinese nation to play cricket, expressing hope that the Chinese would excel in this game as they had shown excellent performance in the Olympics games during the last few years.

He observed that Covid pandemic had devastated the world and badly affected the sporting events.

The prime minister said they would also promote skiing in Gilgit Baltistan and some other parts of Khyber Pakhtunkhwa province which had ideal skiing locations, adding in this regard they would be looking towards Chinese cooperation and coordination as the country had performed well in the winter sports.

The prime minister also expressed best wishes on his behalf and on behalf of the people of Pakistan to the Chinese government and the people on the advent of new lunar year.