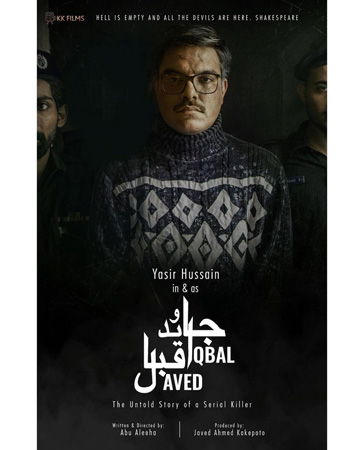 Ayesha Omar has requested fans to demand justice for Javed Iqbal after it was stopped from release by the Punjab government.

On Wednesday, the makers of Javed Iqbal: The Untold Story of a Serial Killer were served a notice by the Punjab Information and Culture Department. It states that “persistent complaints from different quarters” have been received against the film and it will now be re-examined.

Abu Aleeha, Javed Iqbal’s writer and director, vowed legal action against the halt and said he would hold a press conference with the cast on Monday. The film stars Yasir Hussain, Ayesha Omar and Paras Masroor.

“This is a joke,” said Aleeha. “Just because one person is put off by the film doesn’t mean the fate of other people will be decided by their mood.”

Javed Iqbal had already premiered in Karachi on Tuesday and its “re-examination”, despite having clearance from all censor boards, is raising eyebrows on social media.

“This is so sad,” said Ayesha. “The film had been passed by all censor boards, including in Punjab, and only then was the release date announced.”

Ayesha remarked that films such as Javed Iqbal are important to start conversations on child kidnapping, abuse and murder. “They need to be made and they need to be seen.”

Yasir Hussain commented that he could not understand the reason Javed Iqbal had to be reviewed again. Ayesha has confirmed that Abu Aleeha and producer Javed Ahmed Kakepoto have filed a petition in the Lahore High Court.