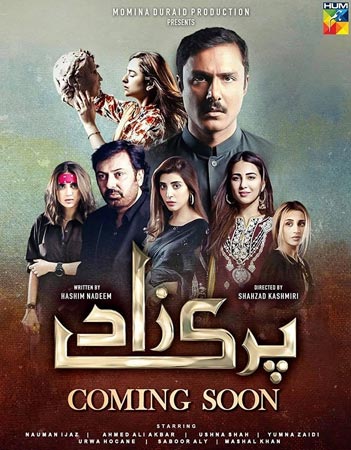 After the cinematic premiere of drama serial Sang-e-Mah, Parizaad’s finale is all set to hit the big screen on Friday.

Parizaad is one of the most talked about drama serials, which has attracted an overwhelming response from viewers and critics. Not only has it been lauded for its cast’s performances, but its unique storyline as well, which is a departure from the trend of love triangles presently dominating the small screen. Parizaad stars Ahmed Ali Akber in the lead and has featured an ensemble cast in different episodes. Urwa Hocane, Saboor Aly, Ushna Shah, Yumna Zaidi, Naumaan Ejaz, Mashal Khan and many other stars have been part of the drama.

It follows the rags-to-riches story of a young man named Parizaad, who faces rejection for his looks but excels in his studies. Parizaad eventually works his way up with his hard work and determination but keeps fighting personal battles.

Ahmed Ali Akber has been receiving praise for playing what many people have called “a complex, emotional and layered character”.

Parizaad often trends on social media after its weekly episode. Yumna Zaidi’s role as RJ Annie has been lauded as well. Parizaad’s second to last episode aired on January 25, 2022.

There has been a lot of hype around its finale which, HUM TV has announced, will be screened in cinemas on January 28, 2022. The television finale is scheduled for February 1, 2022.

The cinematic finale of Parizaad was first announced at Sang-e-Mah’s premiere last month.