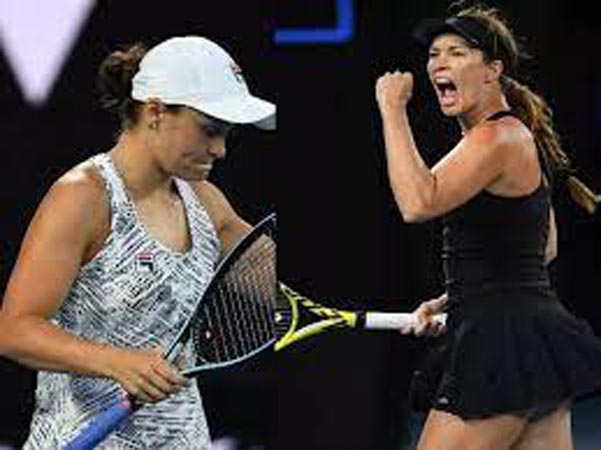 MELBOURNE: A ruthless Ashleigh Barty swept into her first Australian Open final on Thursday with a clinical, straight-sets demolition of Madison Keys to set-up a title match with the hard-hitting Danielle Collins. The world number one overwhelmed 51st-ranked Keys 6-1, 6-3 in just 62 minutes with another American awaiting after the all-business Collins crushed Polish seventh seed Iga Swiatek 6-4, 6-1. Barty is the first Australian woman into the decider of her home Grand Slam since Wendy Turnbull in 1980 and is aiming to become the first winner since Chris O’Neil two years earlier. But the tenacious Collins stands in her way on Saturday with the 28-year-old enjoying a second coming after surgery last year for endometriosis left her pain free.

Nine months on and she has 32-7 win-loss record, capturing her maiden WTA singles titles last year in Palermo then San Jose. After making the semi-finals at Melbourne in 2019, she is now in a first Slam final and will break into the top 10 for the first time to cap a remarkable comeback. Barty, though, has been rampant so far, dropping serve just once through six matches and is yet to drop a set as she powered through the top half of the women’s draw.

She is also looking to add to her 2019 French Open and 2021 Wimbledon titles and is on a 10-match win streak to start the year. Barty paid tribute to Keys, a former top-10 player who is on the rise again after some difficult years. The top seed, who played cricket with her team on Wednesday to relax, was once more in full command of her game with an attacking forehand and lethal backhand slice. The Australian immediately pressured Keys’ serve to create a break point that she converted with a cross-court winner to assert early control. She consolidated as Keys struggled to get her racquet on the ball and the American was broken again in the fifth game.

Keys finally won her first points on the Barty serve in the next game, but it was a blip as the Australian stormed 5-1 in front before a double fault handed her two set points and she slammed a forehand return to convert. It went with serve to 2-2 in set two before Barty stepped up a gear, with a passing shot earning another break to 4-2 clear and there was no way back for the American. Collins also flew out of the blocks against former French Open champion Swiatek, racing to a 4-0 first set lead.

A nervous Swiatek double faulted in the opening game to gift Collins an early break and the unrelenting American’s fierce groundstrokes earned her another. But the gutsy Pole fought back as Collins double faulted to give a break-point opportunity. But the all-action American, who opted not to sit down and rest at each change of ends, recomposed herself to serve out the set. Collins was now on a mission and quickly broke to take charge of the second set as she jumped on Swiatek’s second serve, breaking again to race 3-0 clear and it was all over for the 20-year-old.