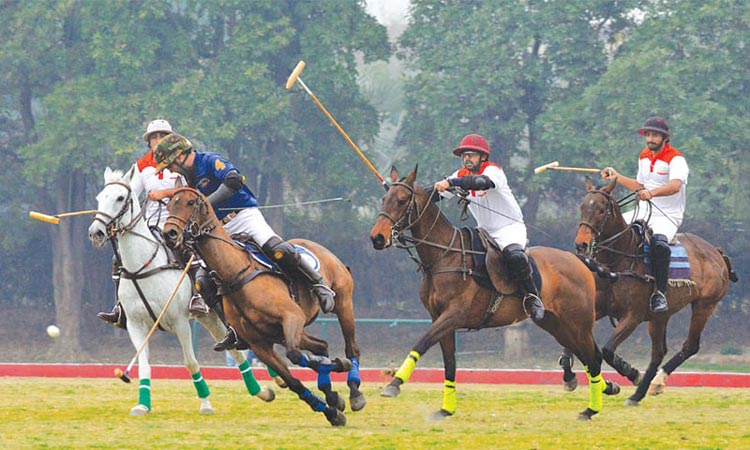 LAHORE: Zacky Farms, Guard Group, Platinum Homes and Barry’s/HS Group qualified for the semifinals of the Pakistan Polo Cup at the Lahore Polo Club Ground here on Thursday. All the matches of the day were decided on penalty shootouts. In the first match of the day, Guard Group defeated ZS 7-5. From the winning side, Saqib Khan Khakwani was top scorer with four penalty shoots while Taimur Ali Malik banged in a brace. From the losing side, Omer Minhas hammered a hat-trick and Raja Jalal Arslan scored two goals. The second match of the day saw Zacky Farms overwhelming Barry’s/Remington 6-4. From Zacky Farms, Taimoor Noon cracked a quartet while Mustafa Aziz banged in a brace. From Barry’s/Remington, Hamza Mawaz Khan hammered a hat-trick and Chaudhry Hayat converted two penalties.