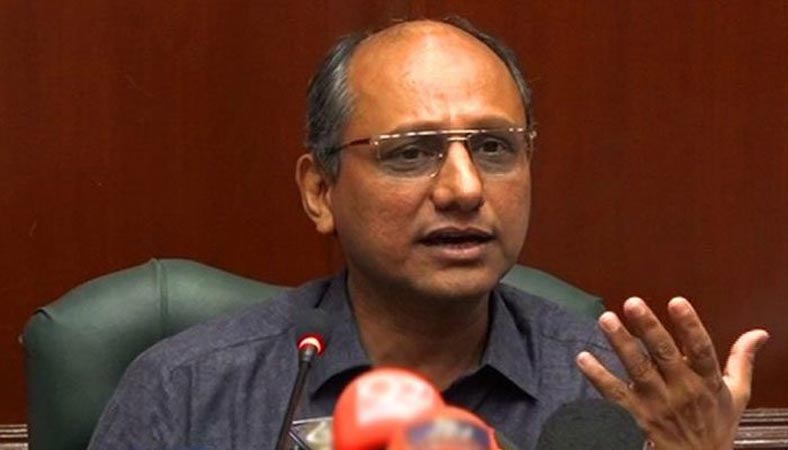 Sindh Information and Labour Minister Saeed Ghani Thursday said the MQM-P worker had died due to cardiac arrest a day ago and not due to police torture as had been portrayed by the party. “Although an unpleasant incident took place outside the Chief Minister House the previous day, the police were left with no option but to take action against the protesters for sake of prestige and dignity of the country that was at stake for rest of the world,” Ghani said. Talking to reporters at the Sindh Assembly’s committee room, the minister said a well-thought-out plan was behind the unpleasant incident to create negative repercussions for the international players participating in the Pakistan Super League (PSL) matches.

He said the MQM-P had the “plan to spread ethnic divide in Karachi and the recent statements of their leaders were a testament to this fact.” He informed the media that MQM-P had earlier announced to start a protest rally from Shahrah-e-Faisal and move towards the Karachi Press Club to hold a demonstration there, adding that the opposition party had been in touch with the city’s administration with regard to their plan. Ghani also said the city’s administration kept on facilitating the movement of the protest rally from Shahrah-e-Faisal to the Metropole intersection where it reached at 4pm. Later, it decided to move towards the Press Club as per the original protest plan. However, the participants of the rally abruptly decided to move towards the CM House instead,” Ghani said. The PPP leader said the deputy commissioner of the district south and other senior police officials informed the MQM-P leaders Wasim Akhtar and Khalid Maqbool Siddiqui that the area in the surroundings of the CM House had been declared a high-security zone owing to the presence of international cricket players lodging in the nearby hotels.

“The administration advised the leaders of MQM-P to stick to their original protest plan and go to the Press Club for staging the demonstration,” he said.

He also said the rally’s participants didn’t pay heed to the advice of the administration as they crossed the obstacles at the Metropole and reached outside the CM House.

“What other option was then available to us as a PSL team present in the vicinity had to come outside of the hotel and go for practice but players didn’t go anywhere due to the situation,” Ghani added.