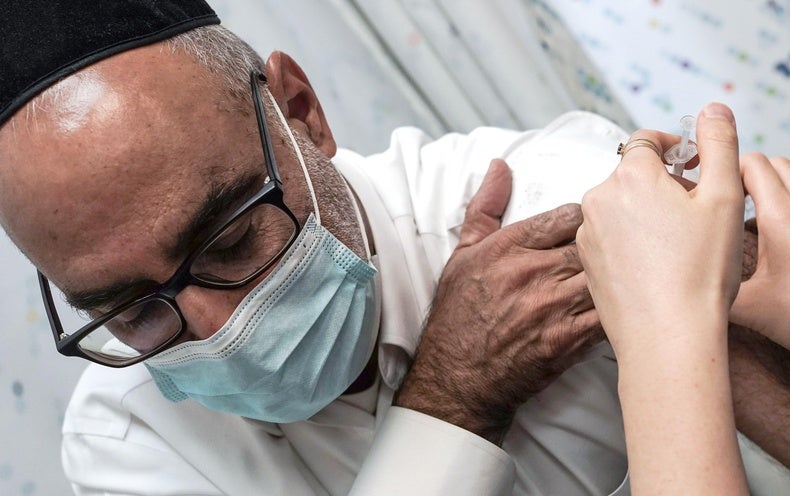 MULTAN: Exactly 115,682 individuals have been administered with booster shots to solidify defense shield against novel coronavirus in south Punjab where a gradual but steady rise in positivity rate is on the play though it was still below 10 percent threshold to necessitate tougher restrictions.

The positivity rate that was recorded at 3.17 percent with 113 coronavirus positive cases on Jan 25, surged to 3.63 per cent on Jan 26 with 188 positive cases and 4.69 per cent today, Jan 27, with 212 persons detected with novel coronavirus, health department spokesperson said on Thursday. Taking notice of the situation secretary primary and secondary healthcare south Punjab Tanweer Iqbal Tabassum has urged the people to avoid going outside unnecessarily and observe SOPs like wearing masks and social distancing when among the other people. He said that only vaccinated people are allowed to attend gatherings in areas where positivity rate was below 10 percent.

Spokesman Asadullah Shahzad said that 27.4 million persons have so far been given vaccine in south Punjab adding that the figure included those completely vaccinated, those having received a single jab and those administered booster shots. Over 1.7 million individuals have so far been tested and over 61000 turned out to be virus infected while remaining over 1.6 million were tested negative. Total 1712 deaths have so far been reported from south Punjab.

No death was reported from any part of south Punjab during last 24 hours. Spokesman said that all those tested positive for the virus had Delta or Alpha variants and no Omicron case has so far been reported in Multan adding that one suspected case was reported which the local laboratory spotted as Omicron case but the laboratory in Lahore did not confirm it.