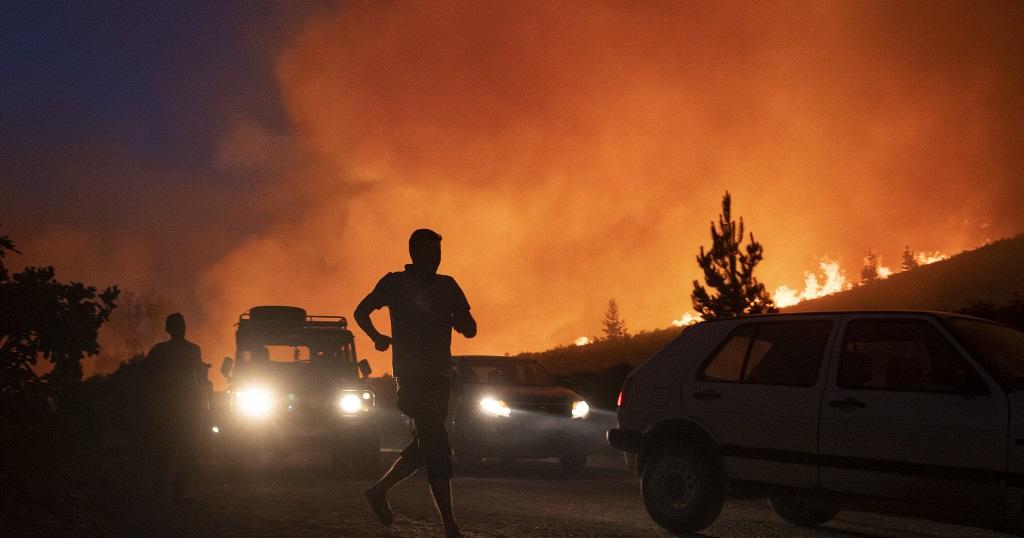 Rabat, Jan: Three children of a Nigerian migrant died in Morocco in a fire at their makeshift shelter near the North African country’s border with a Spanish enclave, a non-governmental organization said.

“The mother lit a fire within the confines of their shelter to warm her children, who then died Monday morning asphyxiated and charred by the fire that took hold in their makeshift tent,” said Mohamed Amin Abidar, president of the local division of the Moroccan Association of Human Rights (AMDH).

They had set up a temporary home in the wooded northwestern Gourougou mountain range, which borders the Spanish territory of Melilla. The mother was admitted to hospital in the city of Nador “in a critical condition”.

No further details were made available by the Moroccan authorities.

The Gourougou range has become a refuge for many sub-Saharan African migrants seeking to cross the roughly 12-kilometer (7.5-mile) razor-wired triple-fence that separates Moroccan territory from Melilla.

The death of the three children “is a terrible tragedy”, Abidar said, adding that “migrants in this region live in precarious and inhumane conditions”.

Many migrants seek to cross from Morocco into the Spanish enclaves of Melilla and Ceuta, giving them direct access to European Union territory on the African mainland. Some 700 migrants — an unprecedented number — attempted to cross into Melilla in October but were rebuffed by Moroccan border forces.