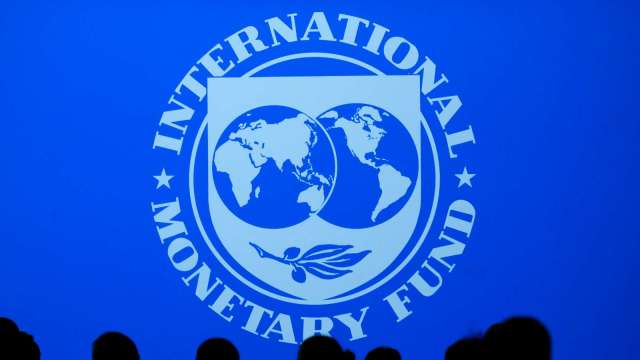 Washington: The Omicron variant of Covid-19 is creating an obstacle course for the global economy, which will slow growth this year, notably in the world’s two largest economies, the IMF said Tuesday.

The Washington-based crisis lender cut its world GDP forecast for 2022 to 4.4 percent, half a point lower than the October estimate, due to the “impediments” caused by the latest outbreak, though those are expected to begin to fade in the second quarter of the year. “The global economy enters 2022 in a weaker position than previously expected,” the IMF said in the quarterly update to its World Economic Outlook, adding that “the emergence of the Omicron variant in late November threatens to set back this tentative path to recovery.”

Meanwhile, “Rising energy prices and supply disruptions have resulted in higher and more broad-based inflation than anticipated,” which is projected to last longer than previously expected. After the solid recovery last year when the global economy grew an estimated 5.9 percent, the IMF cut projections for nearly every country — with India a notable exception — but it was the downgrades to the United States and China that had the biggest impact. “These impediments are expected to weigh on growth in the first quarter of 2022,” the report said.

“The negative impact is expected to fade starting in the second quarter, assuming that the global surge in Omicron infections abates and the virus does not mutate into new variants that require further mobility restrictions.” The International Monetary Fund once again stressed that controlling the pandemic is critical to the economic outlook and urged widespread vaccinations in developing nations, which have fallen short even as advanced economies have moved to deploying booster shots among their already highly-vaccinated populations. “Without this worldwide effort, the virus will be more likely to mutate further and extend the pandemic’s global grip,” the fund said.