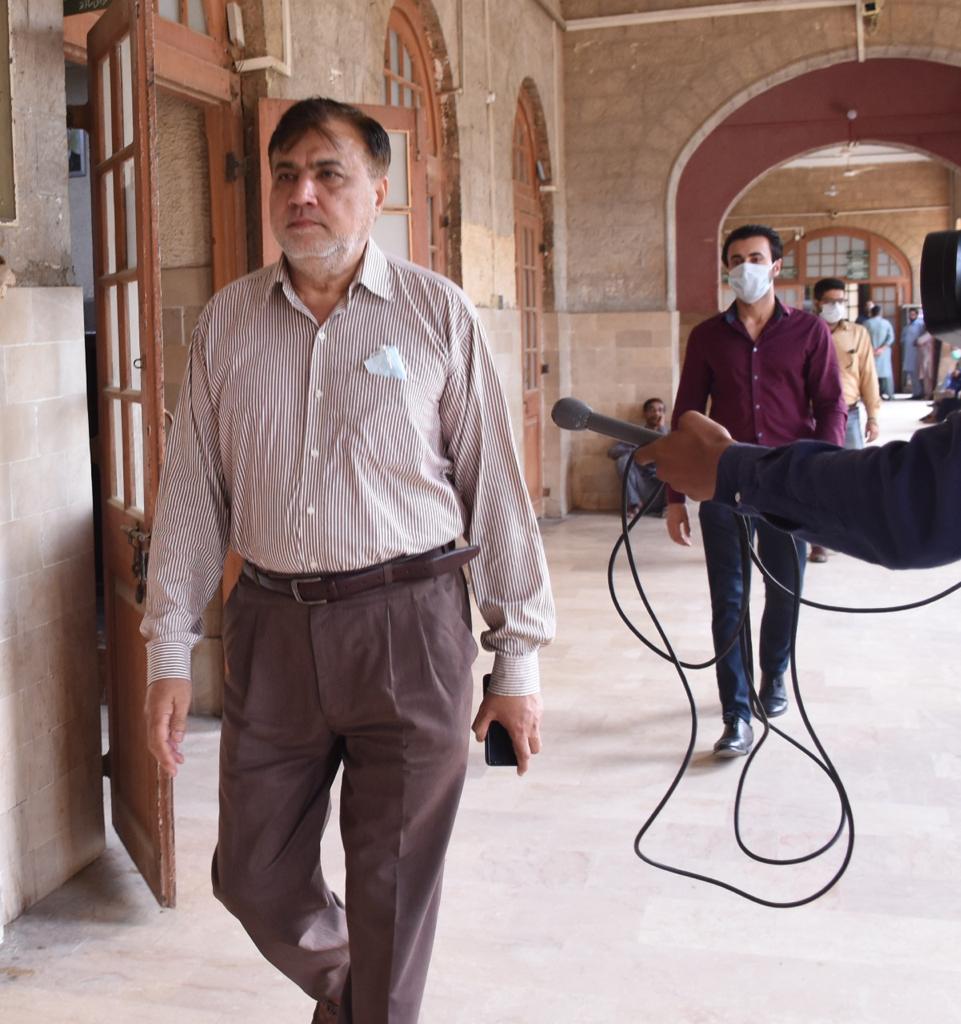 KARACHI: In the past two weeks, two additional courts in Karachi rejected the bail applications of Muhammad Rafiq Bhojani, who is accused of illegally transferring the shares of a fertiliser company with a net asset value of PKR 26 Billion by using fraudulent tactics, including fake thumb impressions, and forgery.  This marks the sixth bail rejection for Rafiq Bhojani, his son Zain Bhojani, and nephew Muzammil Bhojani in the last 8 months.

On 17 January 2022, the Civil Judge and Judicial Magistrate 1, Karachi South in his order wrote, “No doubt the entire evidence in the case pertains to documentary evidence but all the evidence as per the investigation is going against the applicants.”   The order further read, “Tentatively it appears that applicants are connected with the crime and therefore bail applicants at the juncture merits dismissal.”

Sections involved in the final Challan from FIA are Section 406/420/468/471/109 with Section 13 PECA also involved.  The punishment for the culprits will be a minimum seven-year sentence for this theft upon conviction.  The Rafiq Bhojani theft started in 2019 when as the Manager of Pak China Fertilizers Limited, he transferred the original shares from the owners’ names into his son, nephew, and his own name.  FIA investigation revealed fake thumb prints were used belonging to his nephew, Muzammil Bhojani.  Additionally, fake board resolution papers were prepared showing board meetings with six shareholders.  Immigration records confirmed none of the shareholders were in Pakistan at the time of execution of those supposed meetings.

All these documents, along with additional documentary evidence, led to lodging of FIR 20/2021 after more than 18 months of investigation, which resulted in Bhojani families arrest on June 8, 2021.  Pak China Fertilizers Limited owns 2,500 kanals land on Hattar Road in Haripur Hazara with a market value of over PKR 26 Billion.  Complainant’s lawyer Barrister Iftikhar Ahmed Shah said, “Justice has prevailed and the accused were not granted bail due to the presence of documentary evidence.  Allegation against the arrested accused namely Rafique Bhojani, Muzammil Bhojani & Zain Bhojani is one of illegally transferring shares of Pak China Fertilizers Limited worth PKR 26 Billion Rupees in their own names.  Bhojanis’ failed attempt to be Victor Lustig.”

Bhojani is also accused of stealing another company shares, Cactus Fertilizer Limited.  The enquiry is pending with FIA Karachi. Nawaz Mumtaz, who is a shareholder and director of fertilizer company Cactus Fertilizers Private Limited had complained to the FIA’s Cyber Crime Wing Karachi that Bhojani illegally transferred shares of his company, of a deceased person as well an overseas Pakistani who has not set foot in Pakistan in a decade.

Bhojani is accused of illegally transferring Cactus Fertilizers Private Limited’s shares belonging to a deceased individual and an Overseas Pakistani investor residing in the UAE, and a UAE national who has not been in Pakistan for the last 9 years.

The FIA’s Corporate Crime Circle in Karachi has confirmed that it’s investigating Bhojani after receiving a complaint from Mumtaz Nawaz, stating that he held 2,020,998 shares (40.40 percent) of the company but while he was in Dubai Mr. Bhojani conspired with others to take control of his shares through fraudulent signatures.

The application to the FIA says: “Any individual who can transfer a deceased individuals shares, is a true fraudster. I have recently come to know of the illegal transfer of 2,500,000 and 02 shares of the company standing in the name of Mr Abdul Majid Habib Jaffar and Mohamad Munaf respectively to Muhammad Rafiq Bhojani. Mr Munaf has been deceased for many years and Bhojani illegally transferred a dead man’s shares. At the same time, Majeed Habib, my partner, has not been in Pakistan since 2013, Bhojani again illegally transferred his shares. This forgery and fraud was previously done by Bhojani in a separate company, Pak China Fertilizers, and we have discovered the same has happened with us. I have filed an application with the FIA and appeal to the Prime Minister of Pakistan to protect investment of overseas Pakistani’s from such crooks and foreign investors from such crooks.”

The complainant has submitted proof with the FIA that shows that his signatures were faked.

Minutes of Extraordinary General Meeting (MoEGM) dated 22 November 2016 approving the sale of shares of Abdul Jaffar were submitted with SECP containing Nawaz Mumtaz’s fake signatures. “It may please be noted that I was not present in Pakistan which may be confirmed from immigration records that I was unaware of any such proceedings,” says Nawaz Mumtaz, adding that the fake notice of EoGM was submitted before the SECP.