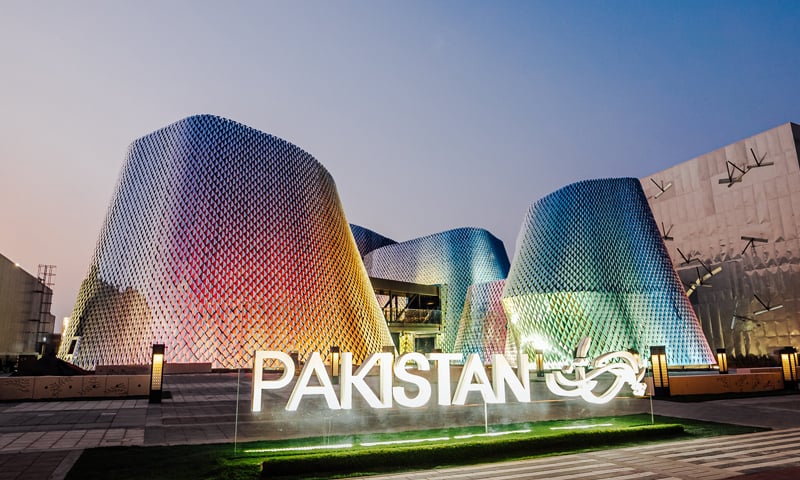 The expo, which began in October 2021, is offering lucrative opportunities to countries to showcase their projects to attract foreign investment. Around 92 countries, including Pakistan, are participating in the mega exhibition dubbed as the “event of the century” to display their economic and cultural potential.

Pakistan’s pavilion at the expo has been highlighting the presence of investment opportunities, tourism potential and cultural magnificence of the country. In January, its highlight is the north-western Khyber Pakhtunkhwa province.

Provincial government officials say they are “very happy” with the outcome of the event so far.

“The quantum of investment is around $8-$10 billion and we are very happy with the response we have got from the investors,” Hassan Daud Butt, chief executive officer of the Khyber Pakhtunkhwa Board of Investment and Trade (KP-BOIT) said in an interview with Arab News.

“We are signing a few more agreements for investment in the IT sector”, Butt said . “The Expo 2020 in Dubai has given Pakistan and its provinces a great opportunity to showcase their culture, environment, initiative and [enabled them to] pitch investment projects.”

The KP-BOIT chief said the province was well prepared for the exhibition to grab opportunities by showcasing projects.

“We have crafted our entire month’s program, starting from the cottage industry and moving on to special economic zones, mines and minerals, agriculture, and the IT sector,” Butt said.

“Then we had the main investment conference. We were able to sign 42 MoUs (Memorandums of Understanding) in various categories.”

Under the agreements signed at Expo 2020, hotels, restaurants and integrated tourism zones will be set up that will help project KP as “the land of growing opportunities.”

“I believe these projects will not only build and contribute to the investment climate but will also create the narrative that KP is the land of growing opportunities and is a potential place to invest for people living in Dubai and elsewhere,” Butt noted.

Pakistani officials hope that by the end of the exhibition in March 2022, the South Asian country would be able to generate huge foreign direct investment (FDI).

“I see huge opportunities by the end of the expo, because Pakistan, through its pavilion, through its investment projects, through international [investors] with the local community and investors will be able to generate huge FDI not at the federal level but at the provincial level in Punjab, KP, Sindh and Balochistan,” Butt said.