* The 'Scapes' series comes in various colours — blue, red, orange and green — that gradually become lighter from top to bottom and each with a contrasting cut 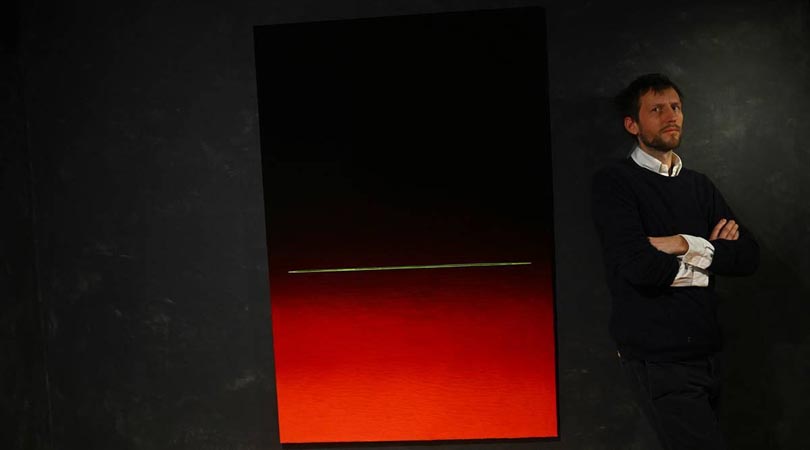 British artist Henry Hudson says he took inspiration from flying in empty planes during the COVID-19 pandemic for his latest exhibition, presenting a collection of paintings depicting horizon lines in the sky.

The “Scapes” series comes in various colours – blue, red, orange and green – that gradually become lighter from top to bottom and each with a contrasting cut.

“I got onto an aeroplane, completely empty, and flew to Los Angeles and these ‘scapes’ had their origins from that, from being up in the sky essentially and thinking about where we are now culturally,” Hudson, who is known for his use of melted plasticine in his works, told Reuters.

“A lot of people now are posting their first experience of being up in the aeroplane and I think there’s a reason people are doing that because not only is it very beautiful…we do look at horizons and we start to think about things that are perhaps bigger than ourselves. 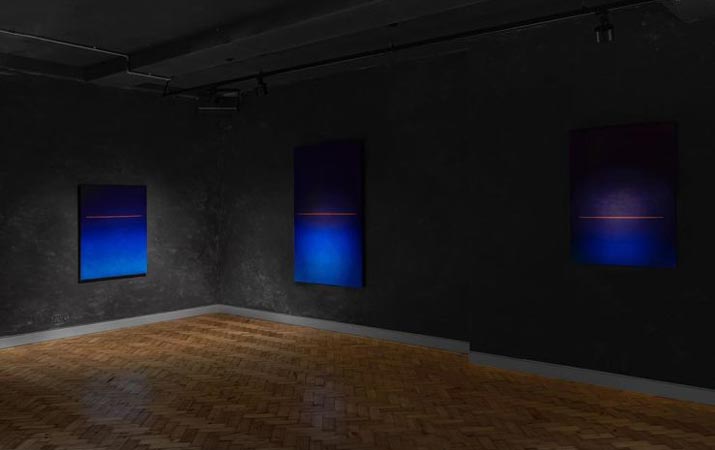 “The paintings, currently on show at the Unit London gallery, are a departure from Hudson’s past vivid works of jungles as well as a modern re-imagining of the narrative of William Hogarth’s The Rake’s Progress.

“For me it was a big leap in the sense that people know of me for making these sort of jungles that are kind of very traumatic, things fighting for survival,” he said.

“The criticism I might have had of myself was ‘This is super minimalistic work compared to what you do and was I ready to do it’ But actually when I made the first one, there was something more than just a line.” “Scapes” is on show until Feb. 12.