Coke Studio’s latest is about lovers torn apart by fame

* Expectations were already high before the premiere, given Xulfi taking the reins of 'Coke Studio' as its producer after Rohail Hyatt stepped down 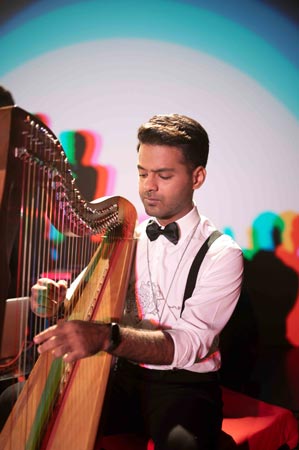 Coke Studio 14 has dropped its third offering featuring Momina Mustehsan and Atif Aslam and the slow jam is all about fame getting in the way of relationships.

Coke Studio 14 premiered with a bang on January 14 and received widespread attention for its unique pairing of Sufi artist Abida Parveen and Punjabi singer Naseebo Lal. Their duet Tu Jhoom had everyone talking and has since crossed 13 million views on YouTube.

Expectations were already high before the premiere, given Xulfi taking the reins of Coke Studio as its producer after Rohail Hyatt stepped down. After Tu Jhoom proved to be a success, a large number of viewers praised Xulfi and his idea of pairing Abida up with Naseebo that brought about a soulful composition.

After Tu Jhoom came the Balochi track Kana Yaari, featuring young artists Kaifi Khalil, rapper Eva B and tambura player Wahab Bugti. Kana Yaari, too, premiered to an overwhelming response. According to associate producer Abdullah Siddiqui, Xulfi wanted Kana Yaari to be a B-Pop track that could gain popularity like K-Pop songs do, because why not?

Coke Studio’s latest offering Sajan Das Na, however, breaks the continuity of experiment and freshness that made the first two tracks worth playing on repeat. The decent composition features Atif Aslam and Momina Mustehsan singing as two arguing lovers between whom fame has erected a wall, according to a press release.

Sajan Das Na has received an average response on social media. Some people have really liked Atif and Momina’s collaboration, but others are of the view that the genre doesn’t quite suit either.