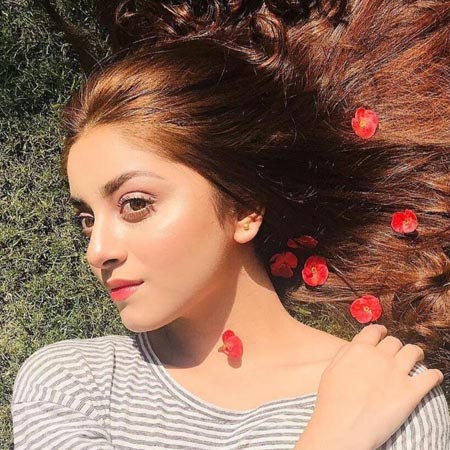 Pakistani actor Alizeh Shah revealed in a recent outing that she doesn’t like giving interviews, believes that her words are often ‘misinterpreted’.

The young actor discussed at length about her recent controversies, social media trolls and much more during the latest conversation with a local publication.

The rising star of Pakistan’s showbiz industry, Alizeh Shah opened up about her social anxiety, “There’s always so much that I want to say that I end up not saying. There have been too many times that my words have been misinterpreted”.

Speaking of her recent few unfortunate incidents which made the actor a regular in headlines, Shah mentioned, “there has been a lot more mental depression and people take out their frustrations on social media. In my case, they like me when they see me on TV playing a typical daughter or daughter-in-law. If they see me behaving differently in my personal life, they take offence”.

“Do you know I was with my family in that car? If my family does not have any issues, who are these nameless, faceless people on social media who decide to judge me?”, the ‘Mera Dil Mera Dushman’ actor addressed the fiasco around her viral smoking video. “You know, I even got offered an item song right after that video got leaked? One video with a cigarette in it and it was assumed that I was ready to be an item girl!”, Alizeh Shah disclosed.

Responding to the query of not giving it back to trolls, the 21-year-old actor said “I have realized that it’s wiser to stay quiet. Often, when a woman takes a stand and decides to defend herself, people make life even more difficult for her. It’s easier for me to just disconnect from social media”. When the host asked her to comment on the ramp-fall incident with veteran singer Shazia Manzoor, the actor laughed it out “It was all an accident and I think Shazia, in her excitement, had just pushed me in the opposite direction.”

“Everyone is scared of falling at Bridal Couture Week, but the clothes I was wearing were very comfortable and I was wearing sneakers under them!”, the ‘Dil Mom ka Diya’ actor further added.

“I even danced a bit when I was initially on the catwalk. Still, what hurt me was not that I had fallen, but the way people on social media took pleasure in it. I read cruel comments that, after my song Badnamiyaan, I had had it coming”, the actor concluded.

As her favourite co-star, Alizeh chose Danyal Zafar for his professionalism.

Alizeh Shah, who is one of the most followed celebrities in Pakistan with at least 3.9 million Instagram followers, has proved her mettle in the drama industry by playing diverse roles.