* Minister says it will be a mockery of the State if looted money is not recovered from Zardari, Sharif families 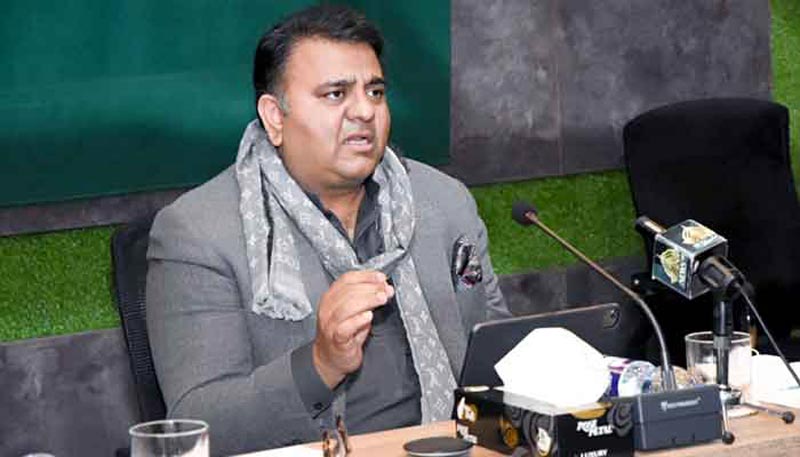 “In our opinion, the court proceedings in Shehbaz Sharif’s cases should be telecast live by allowing cameras so that people should know the reality involved in his cases,” he said while addressing a news conference in Islamabad.

He said the public had every right to know as to how the Sharif family laundered money through accounts of their agents and peons.

Likewise, the nation also wants accountability of the Zardari family, which also allegedly remained involved in corruption and money laundering through fake accounts. “Our only appeal to the courts is that the people of this county have a right to see whether the allegations against them are correct or not,” he said. “People get frustrated,” he said while quoting Prime Minister Imran Khan as saying that it was imperative to recover the looted money from the corrupt elements, as three to four years had already passed.

He said the live telecast and daily hearing of their cases would help the people to ascertain as to how those politicians had plundered them during their tenures. “Recovery of the public money from corrupt people should be made at the earliest,” he said. Fawad said the cases against Zardari and Sharif families should be expedited, as it would be a mockery of state if the looted money was not recovered from them.

He said both the Pakistan Muslim League-Nawaz (PML-N) and Pakistan People’s Party (PPP) followed identical models for corruption during their governmental tenures, as specific persons were nominated for amassing the state resources in their accounts. “It has now been exposed as to how both the parties created a network of fake accounts,” he added.

The minister said startling revelations came to the light after the Omni scandal surfaced revealing suspicious transactions were made through some 5,000 fake accounts. Some Rs12 billion has been recovered so far, he added.

Likewise, Fawad continued, Shehbaz Sharif after becoming chief minister of Punjab abolished the local government system and usurped its financial resources which were later deposited into the accounts of ‘Shehbaz Sharif and Company’.

He said an amount of Rs4 billion was found in the account of Malik Maqsood who was a peon at the Ramzan Sugar mill owned by the Sharif family. Likewise, telegraphic transfers worth billions of rupee were made in the name of Manzoor, a snack seller, which later poured into the accounts Shehbaz Sharif and his children. “This was the system abolished by the prime minister by bringing an empowered local government system,” he remarked.

To a query, the minister said the attorney general had written a letter to Shehbaz Sharif asking him to explain the reasons for not bringing his brother Nawaz Sharif back from London, as he had already submitted an affidavit in the court.

He said it was strange that Nawaz Sharif, on the one hand, was holding meetings at his residence in London, on the other he denied its ownership in public. Fawad also lashed out at Nawaz and Shehbaz for taking plea in their defence in the court that the law of Pakistan did not apply to their children. Ironically, their children became owners of palatial palaces even before their birth, he added.

Fawad said it was habit of Sharif family to influence the judiciary. “They got exposed in the matter pertaining to affidavit of former chief judge of Gilgit-Baltistan Rana Shamim.” He said the tape of British solicitor Charles Guthrie had confirmed that Nawaz Sharif had dictated the affidavit to Rana Shamim at his office. Nawaz Sharif who did not rebutted it should be penalized.

To a query, he said former PM’s advisor on accountability Shahzad Akbar had performed well in difficult circumstances and exposed the corrupt people.