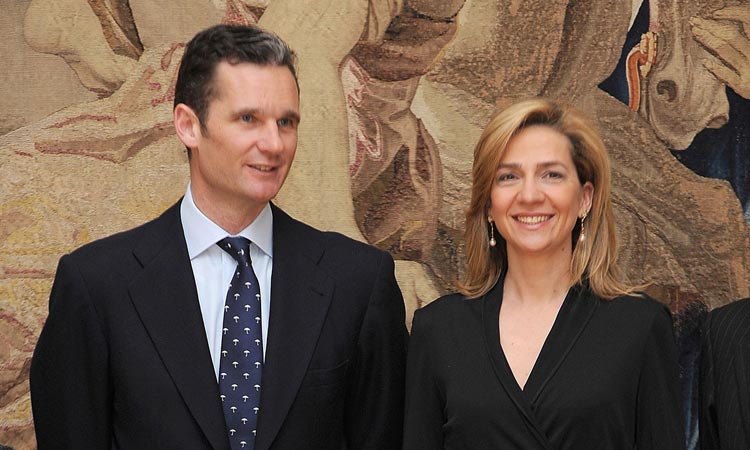 Spain’s Princess Cristina and her husband Inaki Urdangarin, who was jailed in 2018 for fraud, announced Monday they have separated after he was photographed holding hands with another woman.

“By mutual agreement, we have decided to put our marriage on hold,” the couple said in a joint statement sent to Spanish news agency EFE, without specifying if they would divorce. “Our commitment to our children remains intact. Since it is a private decision, we ask for the utmost respect from all those around us.”

Last week, gossip magazine Lecturas published pictures of Urdangarin, who was released on parole in 2019, walking hand-in-hand with another woman on a beach in the south of France.Spanish media later identified her as Ainhoa Armentia, who works with Urdangarin at a law firm in the northern Spanish city of Vitoria.

Asked about the photos on Thursday, Urdangarin told reporters it was “a difficulty which we will manage with the utmost calm, as we have always done.” Princess Cristina, 56, and Urdangarin, a 54-year-old former international handball player and Olympic medalist with Spain, have been married for over 24 years and have four children.

A Spanish court in 2017 found Urdangarin guilty of taking millions of euros between 2004 and 2006 from a non-profit foundation he headed in the island of Majorca.

He served part of his five-year and 10-month sentence for embezzlement and tax evasion until judges in 2019 allowed him to swap it for community work. Cristina, who lives in Switzerland, herself was also tried on charges that she helped her husband evade taxes, but was acquitted.

During the trial, she repeatedly denied knowing anything about her husband’s business affairs. Cristina was the first member of Spain’s royal family to face criminal charges since the monarchy’s restoration in 1975.