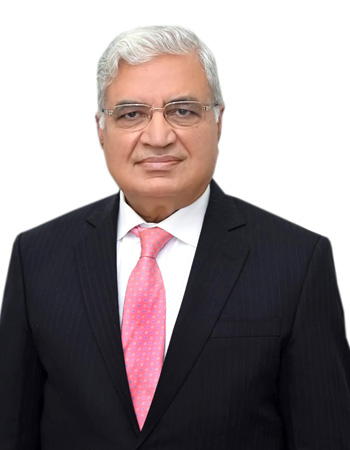 The Federal Ombudsman Ejaz Ahmad Qureshi on Monday, highlighting the role of Ombudsman, said that his institution was working for supporting the poor segments of the country.

He said that Wafaqi Mohtasib Secretariat has disposed of 1.7 million complaints since its inception. He expressed these views during his first press conference after taking over the charge as Federal Ombudsman and on the eve of 39th Anniversary of the establishment of Wafaqi Mohtasib Institution.

He paid rich tribute to the previous leadership of Wafaqi Mohtasib and dedication of Advisors for making this institution unique with the highest service record the largest number of population. He said that he served this institution over a decade, now he wanted to take the performance of this institution to the new heights by using its power of informal resolution of disputes for small and petty cases of the lower strata.

He said the services of Wafaqi Mohtasib would be free of cost and speedy in manner in a sense without the services of a lawyer. He said that major issues of public interest will be taken up by taking suo motu notice and grievances of large section of population will be addressed. He said that he has constituted an Advisory Committee comprising ex-Federal Ombudsmen, Senior Civil Servants, from Judiciary and personalities from law to be members to advice on more efficient activities and performance.

The Ombudsman has decided to prepare more study reports on systemic issues of agencies. On children issues, the Federal Ombudsman has re-notified the National Committee on Children to resolve children issues in the country. He said that his office has taken number of measures to Prevent and Control of Cyber Crimes against Children and has introduced an amendment bill for the protection of children rights. He said that his office has received 110,398 complaints and disposed of 106,732 complaints during 2021. He said that 92.7% findings were implemented by the Agencies.

The Wafaqi Mohtasib Secretariat on the advice of the Honourable President has initiated a number of innovative techniques through traditional and social media to increase awareness among the general public about the use of services being offered by the Wafaqi Mohtasib. He said that 42,240 complaints were received through online system with 67% increase.

He further said that another Regional Office of WMS has recently been established at Sargodha & Kharan to facilitate the people of the area for the redressal of their grievances and three more new regional offices are being opened at Swat, Gilgit-Baltistan and Khuzdar. He said that 940 Review Petitions against 106,732 decisions were filed either by the complainants or the Agencies concerned against the findings of the Wafaqi Mohtasib.

The review petitions constituted only 0.88% of the total complaints decided. He said that only 719 Representations were filed before the President which is only 0.67% of the decided complaints in 2021. He said that his office is considered as a poor man’s court which dispenses free of cost justice in a speedy manner. He said that now the complainants have been given the option to appear in the hearing proceedings in person or through WhatsApp video link.

The Ombudsman said to improve the redressal mechanism; the officers of this secretariat visited the remote areas under Outreach Complaint Resolution (OCR) to provide relief at the doorsteps of the common man and 8,200 complaints were disposed through this system.

Under Integrated Complaint Resolution Mechanism (ICR), 178 Agencies (Federal Government Departments) have been taken on board for better monitoring & expeditious resolution of public grievances. In the year 2021, 16,420 cases were registered through ICR system in which the Agencies had failed to resolve these cases within 30 days.