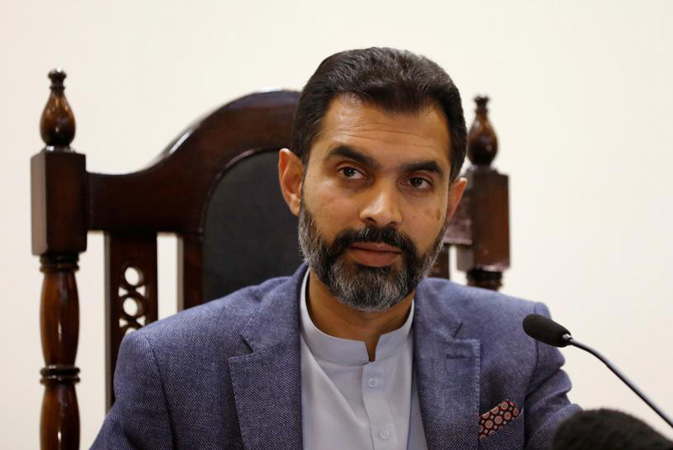 According to SBP Governor Dr. Reza Baqir, the key interest rate will remain at 9.75 percent for the time being. Most analysts expected no change in the policy rate, while a tiny percentage also anticipated that a minor increase was possible.

The SBP, on the other hand, had signalled in its earlier announcement that monetary policy settings would remain largely unaltered in the short term.

There will be no change in interest rates according to Dr. Baqir, who made the announcement on Monday.

Since its last meeting on December 14, 2021, various developments have suggested that demand-moderating policies are gaining traction and have improved the outlook for inflation, the SBP stated in a statement released following the press briefing.

The policy rate will be raised by 275 basis points, bank cash reserves will be increased, consumer financing regulations will be tightened, and non-essential imports will be reduced.

Growth in the economy has recently slowed to a more sustainable pace, according to recent data.

“Base effects and rising energy costs keep annual headline inflation high, but monthly inflation remained flat in December after rising by 3pc in November. This means that the inflationary trend will likely slow down in the near future.

“A slight surplus in the non-oil current account balance is likely to be achieved in FY22, according to the current account deficit. Finally, and perhaps most significantly, the new Finance (Supplementary) Act, 2022 provides significant extra fiscal consolidation in comparison to the budget and has decreased the outlook for inflation in FY23.”

According to the MPC, present real interest rates are appropriate for guiding inflation to a medium-term range of 5-7 percent, supporting growth, and preserving external stability.

A “fine-tuning” of the monetary policy settings would be “quite modest,” the MPC said in a statement.

Because of weakening demand signs and greater base effects from the upward revision to last year’s growth rate, MPC expects GDP growth in FY22 to be 4-5 percent lower than previously expected.

“Risks include both domestically and externally: The Omicron wave is rising at a higher rate than expected and geopolitical developments in Europe could have an impact on our prognosis.”

The Pakistan Bureau of Statistics data shows that the trade imbalance grew by more than 100 percent in the first six months of the current fiscal year. Investors’ confidence was shattered by the development, which indicated further devaluation of the local currency and continued inflationary pressure on the economy.

With demand-side pressures waning faster as a result of the Finance (Supplementary) Act and recent deceleration in economic activity indicators, inflation is likely to fall toward the medium-term target range of 5-7 percent during FY23, the report stated.

An increase of 100 basis points to 9.75pc was approved by the SBP Monetary Policy Committee (MPC) at its previous meeting on December 14, 2021. The MPC was concerned about inflation and the country’s balance of payments. Since September, the Federal Reserve has raised the policy rate by 275 basis points.

According to international standards, the SBP agreed in November of last year to raise the number of MPC meetings from six to eight times a year. In accordance with the plan, the next meeting will take place on March 8, 2022.

Dr Baqir last month also said that the central bank will take a “pause” in its interest rate hikes to sustain economic recovery.

Federal Reserve Chairman Ben Bernanke told Bloomberg that the central bank has hiked interest rates by a total of 275 basis points since September in an effort to keep inflation expectations stable. Forward guidance from our Monetary Policy Statement indicates that we are taking a break at this time.

In the meanwhile, we’ll examine the effects of the tightening we’ve already implemented before deciding on future monetary policy settings.