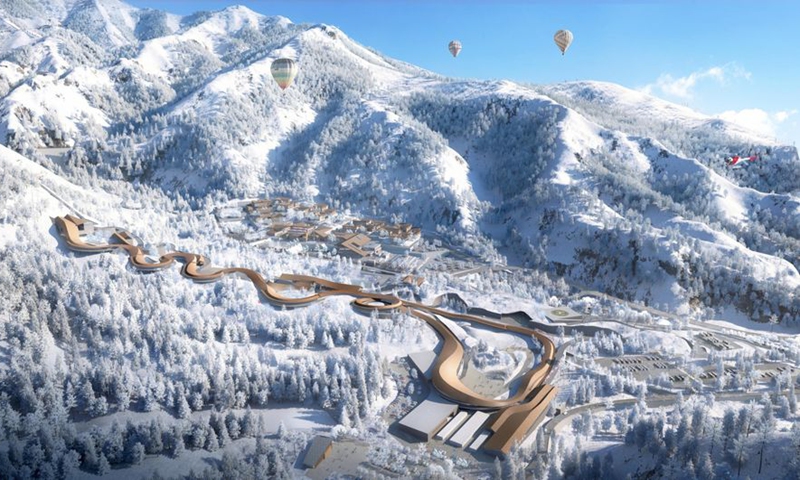 BEIJING: Muhammad Karim, a skier from Pakistan’s northern Gilgit-Baltistan region, is all set to represent his country at the Beijing Olympic Winter Games scheduled to start in February.

The 26-year-old is hopeful that he will give his career’s best performance at the mega event to win the hearts of the Pakistani people and Chinese spectators.

Karim who is currently in Pakistan’s capital Islamabad in preparation for his trip to China told Chinese media that he has been training for the event for the last three years during which he practiced at his hometown Naltar and by participating in several international tournaments.

Karim started skiing at the tender age of four when he used to play the sport for fun with small toy skis made by his father, and later adopted it as a profession under the patronage of the Pakistan Air Force which also sent him to Austria for training, and provided him the opportunity to participate in competitions in different countries.

He said that the Beijing Winter Olympics will play a significant role in his career and boost his confidence as it is a mega event and will help him polish his skills and give him the chance to compete with the world’s best sportsmen.

“The Winter Olympics is a major event, and athletes from many countries are trying to improve their skills to hold a good position in the Olympics,” he noted.

Lamenting the United States’ intention to politicize the Winter Olympics, Karim said that politics should not be involved in sports, adding that the Beijing Winter Olympics will be a success story with support from different countries.

“The U.S. has done a very bad thing, but it will not have any effect. Pakistan as a close friend of China fully supports it (Beijing Winter Olympics), and we are very excited about the event.”

Citing examples of his competitors in Pakistan, Karim said that they are anxiously waiting for the event because of the latest technology adopted and the best arrangements of the Chinese organizers for the event.

“The Pakistani athletes who participated in the Beijing 2008 Summer Olympics told me they were all hailed and cheered by the Chinese crowd during the inauguration ceremony which boosted their morale greatly. I am also expecting the same response when I will enter the ceremony, holding my national flag,” said Karim.

He said that the love and respect of Chinese people towards Pakistani athletes warm up their hearts to give their career-best performance.

“I will try to put in my best efforts in the cheers of the crowd welcoming me at the inauguration ceremony.”

Lauding China for holding the event at the scheduled time when many sports events including many in his own country, and some international events of significant importance were canceled due to the COVID-19 pandemic, the athlete said that “China has made the best preparations for the Olympics and ensured a safe and protected environment for the players so that they can focus on their game without any concern, which is a big achievement.”

Karim expected that when he is back from the mega platform of the Beijing Winter Olympics, he will have a lot of new experiences and professional lessons to share with his colleagues, and aspiring athletes who “I hope will play better than me for Pakistan in the coming years.”