The gold price continued the upward trend for the second consecutive week, reaching its highest level in nearly two months and maintaining a bullish bias intact. The gold prices gained 0.96 percent last week, surging from $1818.10 to $1835.60 per ounce. The prices have surged during the five out of last six weeks in the international market, with the second week-on-week increase in the current year, as they recorded 1.17 percent gain in the preceding week.

Meanwhile, the price of gold in Pakistan surged 1.07 percent for the second week in a row. The price of 10 grams gold increased from Rs102,900 to Rs104,000 during the last week, after witnessing a surge of 0.68 percent in the preceding week.

The relatively higher increase in local gold price was due to the rupee’s 0.1 percent depreciation against the US dollar during the period under review. The rupee depreciated against the American currency from 176.07 to 176.24 during the aforementioned period.

Gold started the week on a weaker note as the benchmark 10-year US Treasury bond yield reached its highest level in two years at 1.9 percent during the first half of the week. The reports of an expected 50-basis point (bps) interest rate hike at the Fed’s March meeting provided support to the US dollar and weighed on the gold prices.

However, gold made impressive gains in the second half of the week after closing above a key resistance area on Wednesday and reached near $1,850, its highest level in nearly two months, on Thursday. The safe-haven flows started to dominate the financial markets amid sharp retreat brought the bond yields to 1.8 percent, which fuelled a gold rally. However, the yellow metal went into consolidation mode on Friday, eroding some of its weekly gains.

During the week starting today (Monday), the US Federal reserve will announce its policy rate decision on Wednesday. If the Fed adopts a dovish tone by suggesting that it will remain patient with regards to policy tightening, the US T-bond yields could fall sharply and provide a boost to gold. However, if Fed minutes reveal a 50-basis point (bps) interest rate hike from March, the US Treasury-bond yields could surge higher and force gold to turn south. Moreover, a decision to increase the reductions in monthly asset purchases could also be assessed as a bullish development for the greenback.

From a technical perspective, the Relative Strength Index (RSI) indicator on the daily chart stays above 50, while gold is holding above the 200-day SMA. Both these factors suggest that sellers are staying on the sidelines for the time being and confirm a bullish bias. Gold closed the last week above the 200-day SMA for the fifth straight day.

On the flip side, if the corrective downside picks up pace then $1,830 will be first support level. However, if gold closes below this level, it could open the door for an extended correction towards $1,815. The last support to keep bullish outlook intact will be the $1,800 psychological level. 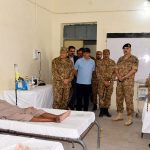