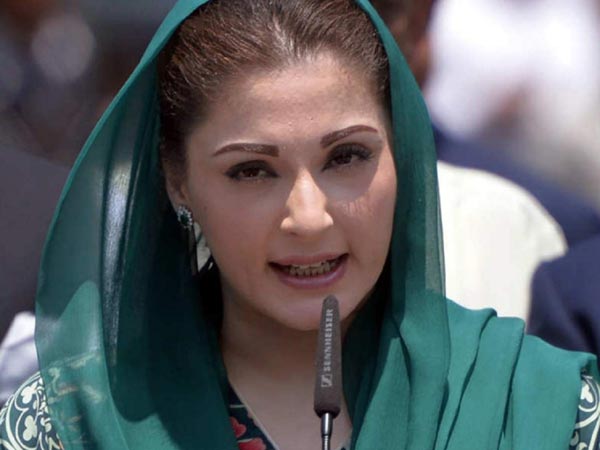 PML-N Vice President Maryam Nawaz Sunday hit back at Prime Minister Imran Khan after he blamed the opposition leaders of corruption and squandering and plundering the national wealth.

“Every word that IK [PM Imran Khan] has uttered today reeks of failure, dashed hopes & no faith in his or PTI’s future. This was inevitable man,” Maryam tweeted as soon as the premier’s live question-answer session with the public concluded in the evening. Responding to the PM’s tirade, Maryam said Imran Khan will be remembered in the history as a person who “relied more on conspiracy and plotting than people’s power”. She cases against Sharif family members and PML-N leaders “were all false and fabricated and were bound to meet the fate they have met”.

“Now that your reality has dawned on the world, do not blame the judiciary. You have only your vindictiveness and revengefulness to blame,” she added. She said people of the country “are waiting for you [PM Imran] to spare them [from] the four-year-long ordeal that has cost them their lives”.

“[Imran Khan] sounds like a person who is not only defeated but has also accepted his defeat. 4 years into the govt & he is still only whining. The ‘cartels’ you are complaining about are the MAFIAS on your right & left who have fleeced 220 million & who run your kitchen,’ Maryam wrote.

She said corruption cases the PTI government filed against Nawaz and Shehbaz Sharif could not be proved.

“The cases you made against Sharifs and PMLN were false & fabricated and were bound to meet the fate they have met. Now that your reality has dawned on the world, do not blame the judiciary. You have only your vindictiveness & revengefulness to blame,” she wrote.

She continued: Your dashed hopes @ImranKhanPTI are a new hope for the incompetency & ineptitude stricken people of Pakistan who are waiting for you to spare them the 4-year long ordeal that has cost them their lives.”

Meanwhile, PML-N spokesperson Marriyum Aurangzeb termed the prime minister’s address an “application for job extension and diatribe of a loser, disappointed, incompetent and a thief”. She said had PM Imran done anything for welfare of the people during his four years in power, he would not have to blame the PML-N leaders in his address. “[PM] Imran Khan don’t panic, now is the time to go home… Nawaz Sharif will keep smiling and you will keep crying,” she added.