Pakistan’s export to China was increased by 68.9pc in 2021 and crossed the historical figure of $3.58 billion while the total import and export between the two countries stood at $27.82 billion, according to the official data from the General Administration of Customs (GACC) of China.

Pakistan’s export to China crossed $365.35 million in December 2021, up 17 percent, while in the same period of the previous year, it was $312.33 million, which is the second-highest figure of the year, China Economic Net (CEN) reported.

Shan Saeed, Chief Economist at Juwai IQI, said that trade between the two countries had made significant progress as both export and import volumes were on the rise. This is a testament to China’s commitment to BRI projects with CPEC under the limelight.

It is worth mentioning that among the major products traded between the two countries, electronics, textiles, seafood, and agricultural products have been increased year on year, which has promoted Pakistan’s economic recovery. 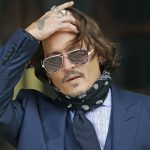 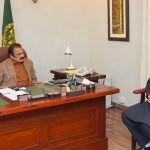