We are still in phase 1 of the COVID pandemic, warns White House medical advisor 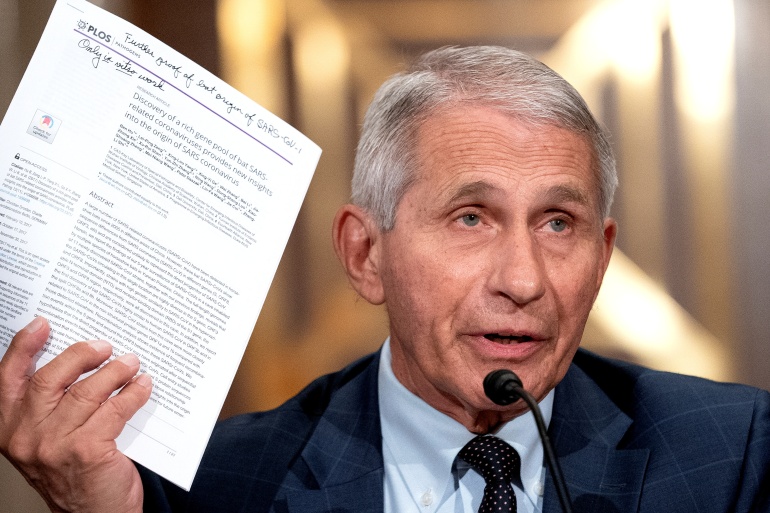 US President Joe Biden’s top medical adviser, Dr Anthony Fauci, indicated last week that the pandemic is still in the first of five stages, while also warning that we should not assume “we are further advanced than we are”.

According to Fauci, the first phase of the pandemic — or “the truly pandemic” — is “when the entire world is actually very severely afflicted as we are right now”. He was sharing his views at the World Economic Forum’s Davos Agenda online conference.

Deceleration, control, elimination, and finally, eradication, are the next four steps, Fortune.com quoted him as saying. Deceleration follows the first phase, which is characterised by a decrease in the number of newly confirmed cases.

In several nations where the variant has taken root, Omicron cases have skyrocketed and then tapered off. The fourth Omicron-fueled COVID wave in South Africa lasted only three weeks, and COVID hospitalisations in England have already started to decline, barely one month after the fairly steep rise that began in mid-December.

According to Fortune.com, scientists from the Scientific Advisory Group for Emergencies (SAGE) in the United Kingdom have created models that show a new wave of Omicron cases could emerge in early summer as people resume social activities and immunity fades away, but they argue that cases are unlikely to climb as they did with Omicron, with the latest simulation indicating that another worst-case scenario of 4,000 people hospitalised per day is very unlikely to occur.

Some people believe that natural immunity will reduce the number of new cases, but Fauci cautions that it is too early to know, and that a new variant could emerge at any time.

“It is an open question as to whether or not Omicron is going to be the live virus vaccination that everyone is hoping for, because you have such a great deal of variability with new variants emerging,” he said.

Following deceleration, the pandemic approaches the control phase, or “endemicity” as some term it. That means COVID-19 would be included in the wide spectrum of infectious disorders we encounter on a daily basis, such as the flu or the common cold.

“Control” means that it is present, but at a level that does not disrupt society, according to Fauci.

He expressed his optimism that this would be the case, but cautioned that it would only be possible if another variety that evades the immune system did not emerge. “The answer is, we don’t know,” Fauci said, when asked if COVID would be endemic in 2022. However, in order for COVID to become endemic, there must be no additional surprises regarding the virus’s transmissibility and virulence, or any future mutations.

Eradication, the final stage, is nearly impossible to achieve. Smallpox is the only contagious human disease that has ever been eradicated, according to Fauci, and he stated flatly that “that is not going to happen with this virus”.