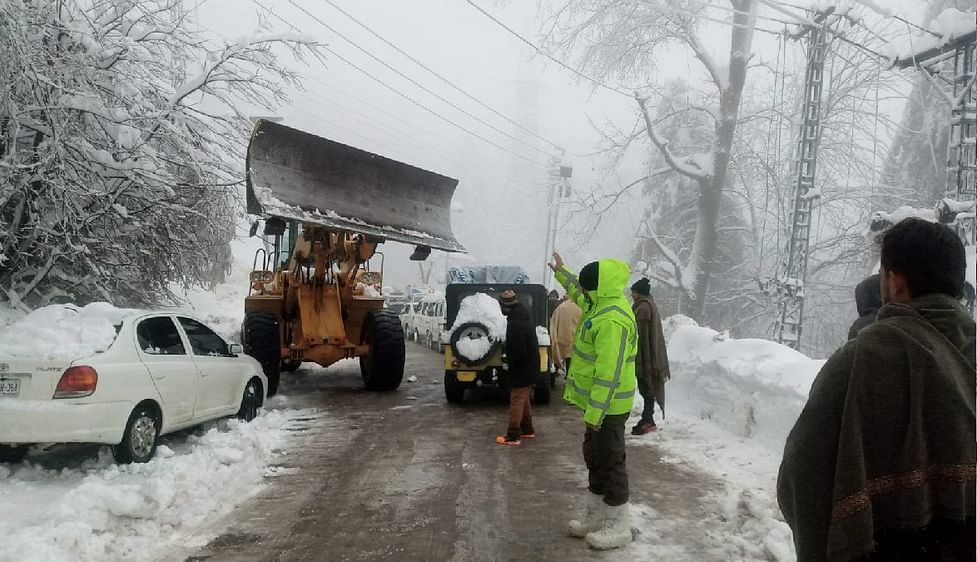 QUETTA: The Provincial Disaster Management Authority (PDMA) Balochistan has been clearing the road blockades in snow-hit areas of the province with heavy machinery to ensure smooth traffic flow.

The PDMA Balochistan has deployed snow removing machinery and rescue teams at Kan Mehterzai area of District Killa Saifullah, Ziarat, Khojak, and Lak Pass areas of districts Chaman and Mastung respectively to avoid any emergency. An official of PDMA told APP that an alert was issued to all the departments concerned for taking preemptive measures to avert snow-related mishaps across the province.

The departments concerned including Rescue 1122, Health, Revenue, Police, Livestock and others were directed to remain on alert during this period of extreme weather, he said. He added that heavy snowfall in the areas of Ziarat, Kan Mehtarzai, and Muslim Bagh choked the major thoroughfares causing heavy traffic jams. However, heavy machinery was deployed that helped to evacuate vehicles stuck in the snow, the PDMA official said. “Roads are now clear and open for light vehicles whereas PDMA and Levies teams are spraying de-icing salt to ensure unimpeded traffic flow,” he added.

He also advised people, particularly tourists, to avoid unnecessary travel in snowbound and landslide-prone areas during the prevailing weather conditions and observe caution as roads were slippery. The provincial emergency center at PDMA office Quetta is working round the clock and directed to coordinate with local administration and other departments concerned for timely response, he added. The authority has advised DDMAs to coordinate with concerned departments for arrangement and placement of necessary inventory and other essentials along with availability of emergency services personnel at vulnerable locations.