Sharifs must clarify position on affidavit 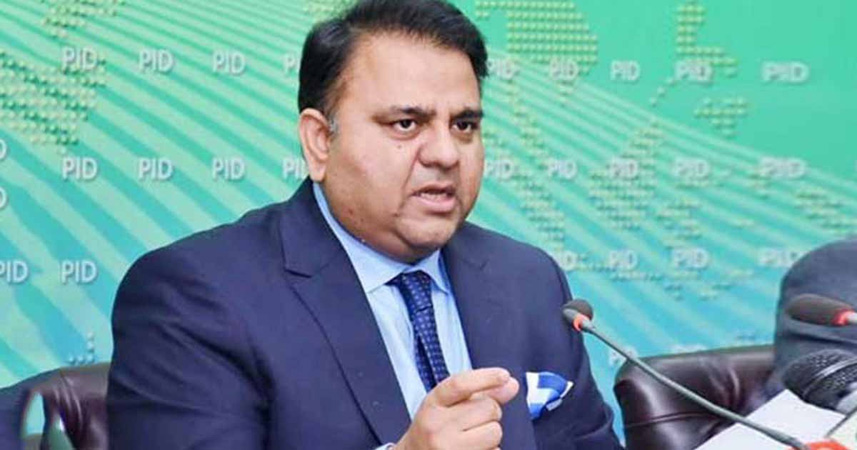 Minister for Information and Broadcasting Chaudhry Fawad Hussain Friday asked the Sharif family to clarify their position on the statement of British solicitor Charles Guthrie claiming that former Gilgit-Baltistan chief judge Rana Shamim had signed the affidavit at the residence of Nawaz Sharif in London. “It was an important allegation and I think the Sharif family should come forward and explain their position,” he said while talking to the media in Dubai. Fawad said apparently it was a fake story, as the affidavit was signed at the residence of Nawaz Sharif. He said, “When Nawaz Sharif and company was in power, only his films were playing and no one paid attention to the original cinema films.” Taking a jibe at Nawaz Sharif, he said the “flop movie” (referring to Nawaz) had gone to London. To a question, he said the overseas Pakistanis were an asset to the nation, particularly those living in the United Arab Emirates. Around 1.5 million Pakistanis reside in the UAE, the biggest contributor to remittances, and most of them are using the Roshan Digital Pakistan account, he added. The minister said the overseas Pakistanis supported Prime Minister Imran Khan and he also stood with them firmly, and their combination would take Pakistan forward.

Meanwhile, Minister of State for Information and Broadcasting Farrukh Habib said that leaders of Pakistan Muslim League-N, had been involved in vandalizing the institutions and looting national money through kickbacks. Sharif family members are facing massive corruption and money laundering cases, he said while talking to a private television channel.

The opposition parties didn’t have desire to discuss genuine issues in the Parliament, he said adding that leaders of PML-N are engaged in raising non-issues on social media. In reply to a question about presidential form of system, he said the PML-N is playing tactics to avoid corruption and money laundering cases.