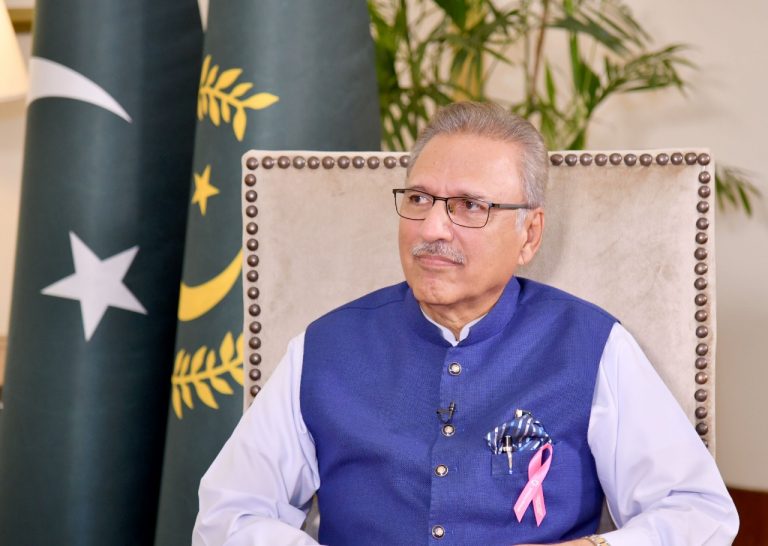 He asked the relevant stakeholders to fully equip the existing border stations by upgrading the road infrastructure, providing telecommunication facilities, and establishing banking channels at crossing points to enhance border trade and bring prosperity to the remote areas of Balochistan. The president gave these directions while chairing a follow-up meeting on border and trade management in Balochistan, particularly Gwadar.

The meeting was updated on the status of various issues raised by the Government of Balochistan in a meeting held on January 3 at the Aiwan-e-Sadr, Islamabad. It was informed about the border trade issues and illegal fishing in the coastal areas of Gwadar. It was highlighted that necessary groundwork for the provision of basic necessities to the residents of Gwadar would be completed within six months.

The CPEC Authority chairman apprised that the project for the provision of 1.2 million gallons per day (MGD) of water to the people of Gwadar would be completed within six months. The meeting was also briefed about the progress on the development of Gwadar Airport and the hospital.

In order to encourage and facilitate foreign investors, the meeting was told that the process of the issuance of No Objection Certificates (NOCs) to foreign investors had been streamlined and the same would now be issued in four weeks. The OGRA chairman apprised the participants that the top 10 oil marketing companies (OMCs), possessing storage facilities in Balochistan and having valid licenses, had been directed to establish two additional petrol pumps in each district of the province to meet the fuel requirements.

The meeting lauded the government’s decision to reduce the number of security check posts in Balochistan. Addressing the meeting, the president highlighted that the issues being faced by the traders belonging to border areas of Balochistan should be addressed on a priority basis. He welcomed the State Bank of Pakistan’s decision of directing banks to establish banking channels at border trading points.

He underlined the need for the skill development of the youth of Balochistan enabling them to fully benefit from the employment opportunities in Gwadar. The president reiterated the government’s commitment to remove the sense of deprivation of Balochistan and bring it at par with other provinces of the country. The Balochistan governor and chief minister thanked the president for taking a keen interest in the development of the province as well as resolving the issues being faced by its people.