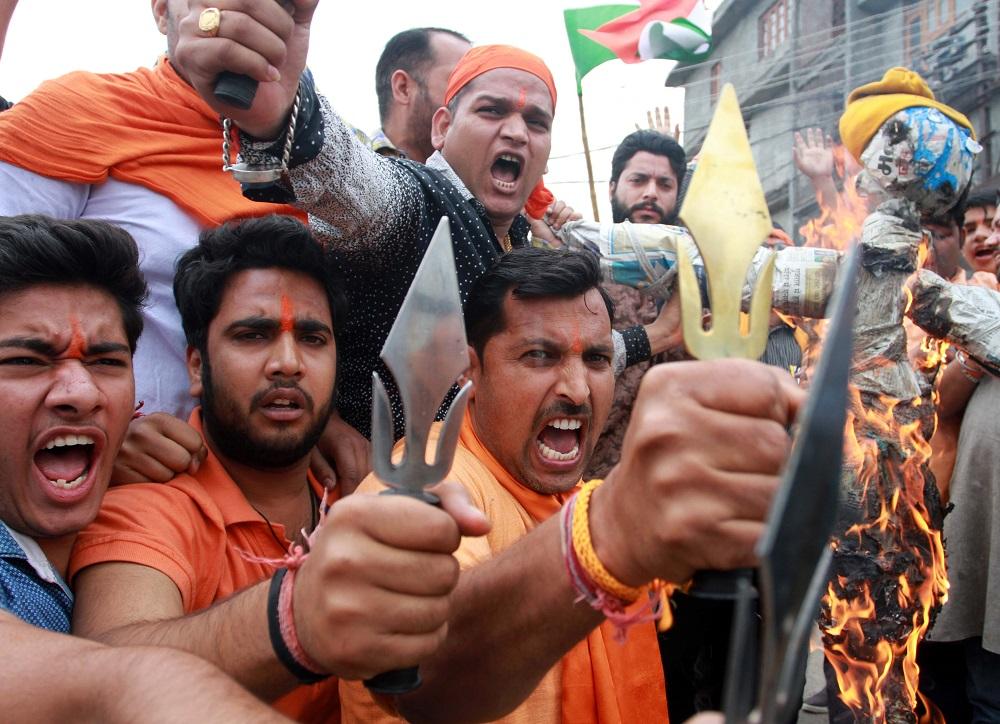 ISLAMABAD: Narendra Modi’s India is going to celebrate Republic Day on January 26 amidst the fears of implosion and dismemberment as BJP’s Hindutva ideology has pervaded all institutions of society tainting the country’s secular outlook and making it the largest violator of human rights.

India celebrates Republic Day to celebrate the date when Indian Constitution came into effect, which was to make the country as a secular state. But constitutional secularism failed to transform Indian society as the growing antagonism under the watch of BJP government against Indian minorities is merely the manifestation of inherent bias towards non-Hindus. For years, Indian political leadership deceived the world by presenting a secular outlook; however, the course could not continue forever.

Thus, Indian ethnic and religious minorities feel insecure in modern-day India, where they face segregation and persecution because Hindu-extremists are pushing to convert India into Hindu-Rashtra. “India is destined to breakup in several states, whether it’s the Naxalbari movement of the 1960s and 70s, the ongoing unrest of the tribals areas, the marginalization of minorities, the curious case of the Maoists, or the embittered relationship rising from the quota system of the upper castes to the rest of society; Kashmir, Adivasis, or just the very poor, the Indian state is in constant conflict with her own people,” according to an analyst.

The BJP proudly claims Hindutva as its ideology and has hung a giant portrait of Veer Savarkar, charged as a co-conspirator in Gandhi’s killing, opposite the portrait of Gandhi in the New Delhi parliament building. The Indian union is a tale of fake construct made via false promises, annexation, and coercion. “Indian constitution has secular outlook which bars conflation of state and religion. But today’s India is anything but a secular state. RSS/BJP has embarked on an arduous journey to make India a Hindu Rashtra where Hindus will be superior and non-Hindus will have no place; its practical reflection can be seen in today’s India,” said the analyst.

India disrespects International law and international norms and is a threat to regional peace. The Indian minorities are looking for separate homelands so they could live peacefully and where their basic human rights are protected. Starting from Kashmir, the Indian government practically rejected the 1947 division formula. Kashmiri population and their genuine leadership, for instance, Sardar Muhammad Ibrahim Khan, wanted to accede to Pakistan. However, India forcibly occupied Jammu and Kashmir and so far failed to implement the UN Security Council resolutions in 1948/1949, which asked for holding a free and fair plebiscite.

The illegal occupation of the princely states of Junagadh and Hyderabad, and the illegal annexation of Goa manifested the Indian violations of international laws which guaranteed rights to the people to decide their fate. The RSS worked at the grassroots level, recruiting children who are taught to fight for religion. The group consistently criticized pro-minority policies. RSS supported Bharatiya Janata Party (BJP) demanded the building of a temple where the Babri Masjid was constructed. The campaign ended with the demolition of the mosque by a Hindu mob in 1992. It was accompanied by a widespread wave of communal riots.

The map of today’s India indicates three main clusters of separatism: The extreme Northeast with its so-called ‘seven sisters’ has Arunachal Pradesh (37 movements), Mizoram (2), Nagaland (3), Meghalaya (4), Tripura (30), Manipur (39) and Assam (2). The second center of separatism IIOJK is presently boiling over and the third center, and most dangerous, is the so-called Naxalite movement – named after the place of its beginning Naxalbari in West Bengal. Currently, Hindu terrorists threat and kill Christians and vandalize their places of worship with sheer impunity.

Anti-Christian vigilantes are sweeping through villages, storming churches, burning Christian literature, attacking schools, and assaulting worshipers. As a result, Indian Christians are forced to hide their faith or perform religious services in secrecy. Almost 300 million Indian Christians are at the receiving end of Hindu terrorism. Even the Indian states are not at peace with each other. The escalating tensions between two Assam and Mizoram states caused killing of six Assam police personnel in clashes between the police force of two states. Witnesses reported that the armed policemen used firearms and provided a spectacle of a warlike situation on 26 July 2021 in which 5 Assam policemen were killed Similarly, Assam and Nagaland are also at loggerheads over a village called Merapani. The Nagaland government has refused to accept the 1963 border with Assam.