* Taking to Instagram, the 'Lahore Se Aagey' actor announced the new release date of his film 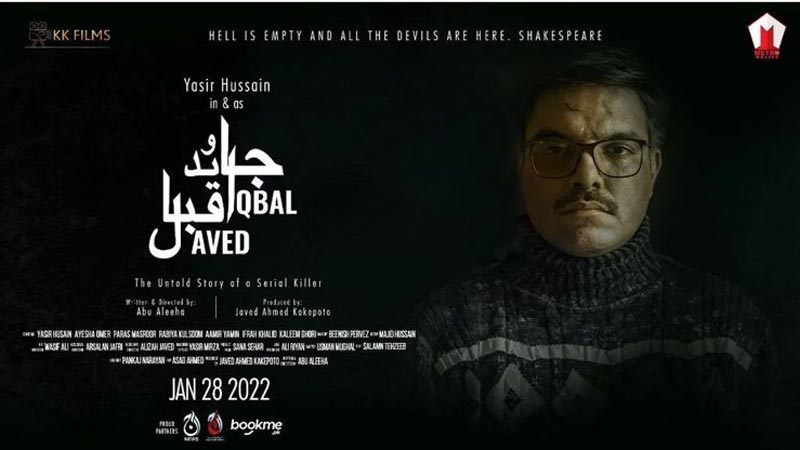 The film, which stars Hussain in the role of real-life, Pakistan’s most notorious serial killer Javed Iqbal, was previously slated to release on December 24, will now hit the theatres on January 28.

Taking to the Instagram, the ‘Lahore Se Aagey’ actor announced the new release date of his film. sharing the poster of the film, Hussain wrote in the caption, “Javed Iqbal January 28, 2022. In cinemas near you. Don’t come alone to watch it.”

In another post, he dropped a picture with the leading lady of the film, actress Ayesha Omar, who will portray the character of an investigating police officer in the film.

Sharing the picture, the Jhooti actor captioned it as, “I learned a lot from Ayesha Omar on the shoot of Javed Iqbal. Thanks Ayesha for your care and great ideas. You guys will love the chemistry between a police officer and a criminal.”

The much-awaited film revolves around Pakistan’s worst known serial killer Javed Iqbal, who confessed to murdering over 100 children in Lahore in 1999. He was infamous for delivering the details of his crimes to the authorities along with evidence, including clothes and photos of the victims. In October 2000, Javed was found dead in his prison cell. The trailer for the serial killer film was released on December 8, 2021.