* Sharmila can go to the cybercrime authorities if she wants to but it's redundant to drag this issue on after the video has been deleted, she added 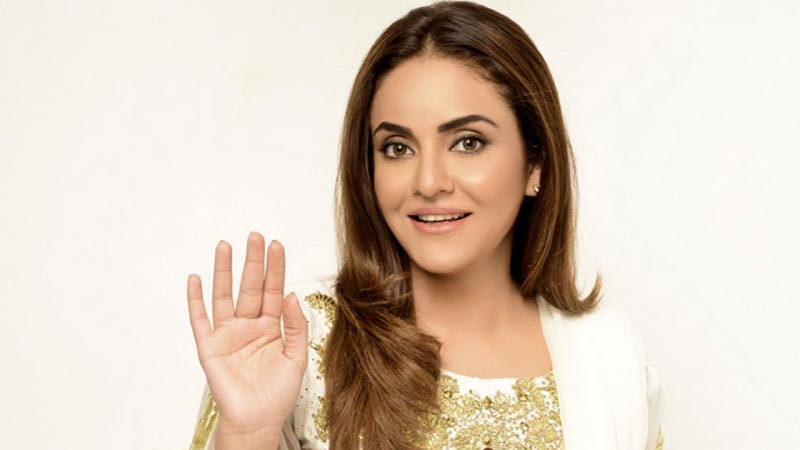 Nadia Khan has removed the controversial video asking Sharmila Faruqui’s mother about her make-up after Faruqui threatened to report it to cybercrime authorities.

Talking to media, the morning show host wondered about the reaction since she has removed the video from her Instagram account. “Things could escalate if I would have said anything further on the issue,” she said.

Sharmila can go to the cybercrime authorities if she wants to but it’s redundant to drag this issue on after the video has been deleted, she added.

Pakistan People’s Party (PPP) leader and member of the provincial assembly Sharmila Faruqui had criticised Nadia Khan for making a video in which the morning show host can be seen mocking her mother while sarcastically praising her make-up.

In the video, doing rounds on social media, Nadia can be seen sarcastically praising Sharmila’s mother for her make-up, jewellery and clothing.

In the video, the morning show host asked Aneesa “Who does your make-up?” to which she replied that she does it herself.

Nadia Khan then asks her, “Who taught you to do make-up this beautifully?” To which Aneesa said that her daughter Sharmila had taught her and she had been fond of dressing up and doing makeovers since childhood.

Host Nadia Khan has faced a backlash for her sarcastic questions to Aneesa Farooqi.

The PPP leader Sharmila Faruqui had decided to report Nadia Khan’s video to the cybercrime authorities.