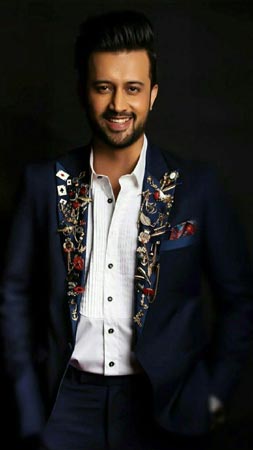 Snippets reportedly of the music video for PSL7 anthem featuring Atif Aslam and Aima Baig have been leaked ahead of its release.

The untitled anthem for the forthcoming edition of the Pakistan Super League was announced last week by the PCB. The reports of Atif being part of the song had been circulating on social media since October, but there was no confirmation from the singer.

The anthem, sung by Atif Aslam and Aima Baig, is produced by electropop artist Abdullah Siddiqui, who was featured last year on Forbes’ 30 Under 30 list. Fans have placed high expectations on the song given the mixed response received by PSL6 anthem Groove Mera, which featured Aima, Naseebo Lal, and rappers Young Stunners.

This will be Atif’s first and Aima’s second PSL anthem. She has performed at the opening ceremony of the cricket league twice.

The PSL7 anthem was said to be releasing this week, but glimpses reportedly from the set of the music video have already made it to social media.

The 2021 anthem Groove Mera received generally mixed reviews from fans but was lauded by most celebrities.

Shoaib Akhtar, however, had caused a stir online after he called it the “worst PSL anthem ever”.